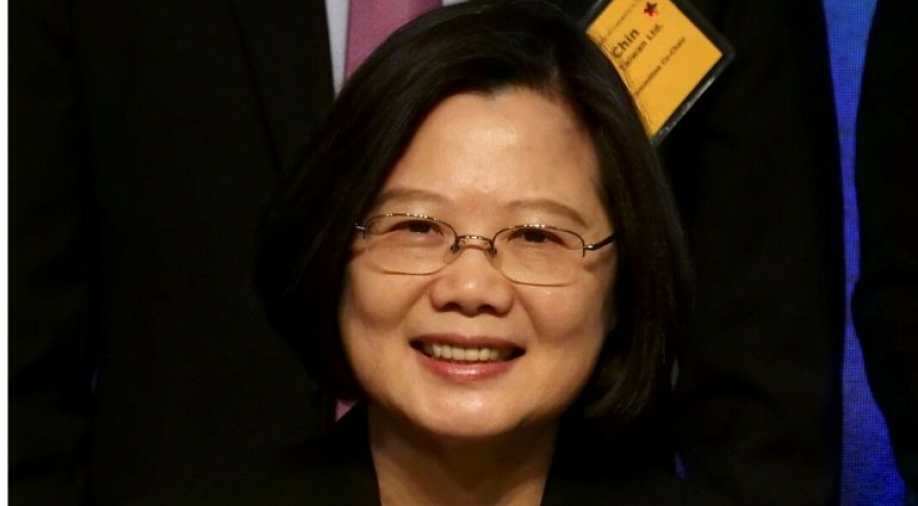 Taiwan votes on Saturday in an election overshadowed by renewed Chinese efforts to get the island to accept their rule, and as Taiwan nervously watches Hong Kong protests, worried they may be next if China ever succeeds in bringing them under its control.

Taiwan has been a democratic success story since holding its first direct presidential election in 1996, the culmination of decades of struggle against authoritarian rule and martial law under the Kuomintang, which ruled China until forced to flee to Taiwan in 1949 after losing a civil war with the Communists.

President Tsai Ing-wen of the pro-independence Democratic Progressive Party is seeking a second term and is being challenged by the Kuomintang's Han Kuo-yu, who favours close ties with Beijing and says this is the only way to ensure Taiwan's security and prosperity.

The issue of China has taken front and centre in the campaign, especially after President Xi Jinping warned last year they could attack Taiwan, though said he'd prefer a peaceful "one country, two systems" formula to get control of the island.

Both Tsai and Han have rejected "one country, two systems", though the DPP has painted a vote for the Kuomintang as effectively a vote for that model. Han has angrily denied this.

"A few hundred miles from here, many young people are using their blood and tears to defend freedom," Tsai wrote on Facebook in introducing the video.

The idea of imposing a "one country, two systems" model of a high degree of autonomy much like China offers the former British colony of Hong Kong has never been popular in Taiwan.

It is even less so now after months of anti-government protests in the former British colony. The protesters have widespread public sympathy in Taiwan, and both the DPP and Kuomintang have pledged to help those who flee to the island.

Han has complained of "dirty tricks" being used to smear him as a puppet for China, especially revelations in Australian media from a self-proclaimed Chinese spy who claimed China has supported Han. Han strongly rejects this.

"I beseech Taiwan's people, in the 2020 presidential and parliamentary election, open your eyes. I hope Taiwan's people see these wicked smears to paint me black, red and yellow and make a rational decision," Han said on Tuesday.

In the run-up to the election, China has repeated its "one country, two systems" offer to Taiwan.

But one Chinese official, who meets regularly with senior members of the People's Liberation Army, told Reuters that the Hong Kong protests had "increased the difficulty of getting Taiwan back".

"What's happening there is scaring Taiwan," the official, speaking on condition of anonymity, said, referring to conversations with military officers.

While China has denied seeking to interfere in Taiwan's elections, Taiwan's parliament on the final day of last year passed a new anti-infiltration law designed to stop Chinese influence on Taiwan's democracy.

China's military is not idly sitting on the sidelines.

Its newest aircraft carrier, the Shandong, has twice sailed through the sensitive Taiwan Strait in the past two months, most recently in late December.

The United States, Taiwan's main arms supplier and strongest international backer even in the absence of official diplomatic ties has said it is concerned at Chinese efforts to sway the election.

Zhou Bo, director of the Centre for Security Cooperation of the Office for International Military Cooperation at China's Defence Ministry, said China "of course" wanted to resolve the "Taiwan issue" peacefully.

But China could not sit by while Taiwan continued attempts to distance itself from China, and the United States should heed that warning, he said.

"I don't know whether the United States is prepared to pay the price militarily for Taiwan."