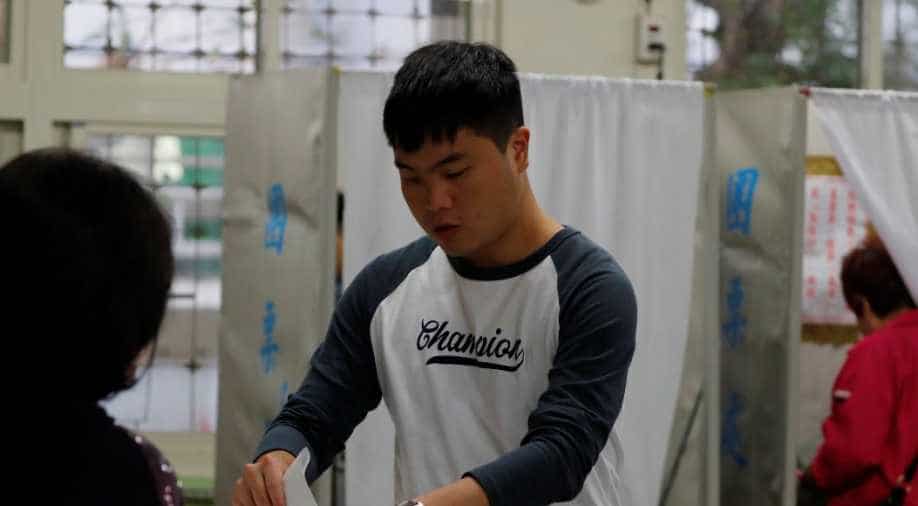 A man casts his ballot at a polling station during general elections in New Taipei City, Taipei, Taiwan January 11, 2020. Photograph:(Reuters)
Follow Us

Both Tsai and main rival Han Kuo-yu of the Kuomintang, which favours close ties with China, have rejected the 'one country, two systems' model.

Taiwan voted on Saturday in presidential and parliamentary elections that will be closely watched by Beijing, which claims the democratic island as its own, in the shadow of anti-government protests in Hong Kong.

China and the Hong Kong unrest have become major elements in the election as Beijing has ramped up efforts to get Taiwan to accept its rule, both through military intimidation and an offer of the "one country, two systems" model.

"I saw what's happening in Hong Kong and it's horrible," said first-time voter Stacey Lin, 20. "I just want to make sure I have the freedom to vote in the future." 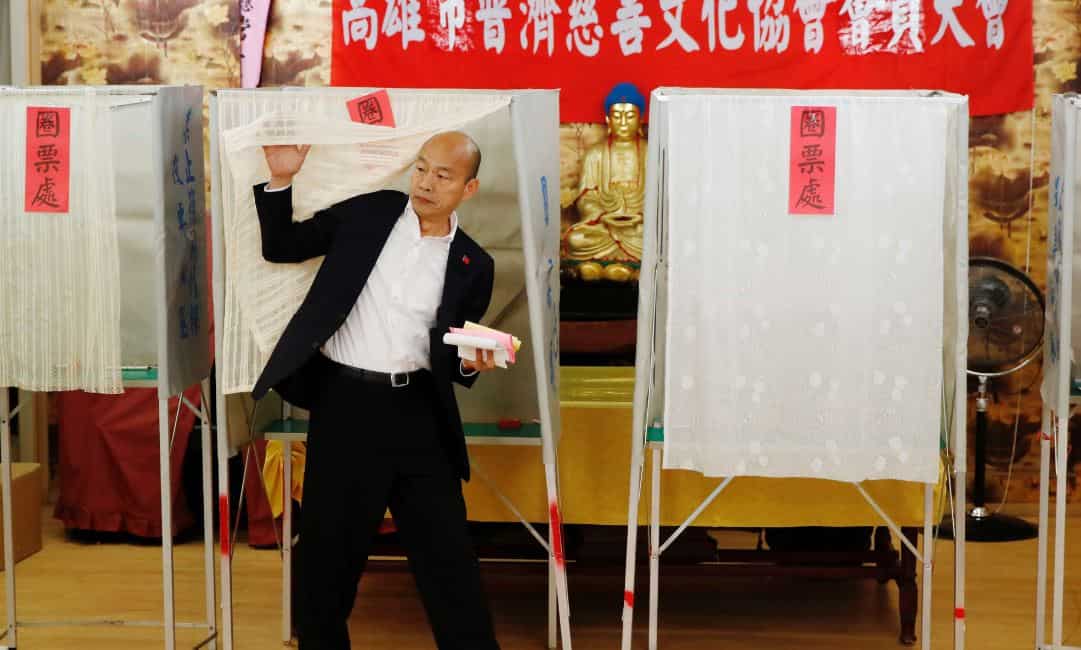 Speaking in Taipei, the capital, Lin said she had voted for President Tsai Ing-wen of the pro-independence Democratic Progressive Party. "She is the best among all the candidates to protect our democracy," Lin added.

Both Tsai and main rival Han Kuo-yu of the Kuomintang, which favours close ties with China, have rejected the "one country, two systems" model, which provides for a high degree of autonomy, much as Beijing uses in Hong Kong.

Tsai, voting in Taipei, spoke briefly to reporters after casting her ballot, saying she hoped everyone exercised their right to vote and the process would be smooth.

Tsai says only Taiwan's people have the right to decide its future, and has denounced China for seeking to sway the election with misinformation and gestures such as sailing its newest aircraft carrier through the Taiwan Strait just before the vote.

Also read: Five things to know about the state of Taiwan

Han says he will reset ties with China to boost Taiwan's economy, but will not compromise on defending its democracy.

He did not speak to reporters after voting in the southern city of Kaohsiung, where he is mayor.

Earlier in the day, people queued in long but orderly lines at many polling stations to cast their votes, with good weather likely to boost turnout.

Sam Chan, 30, who immigrated to Taiwan from Hong Kong in 2014 over fears of China's growing control of the Asian financial hub, said Tsai was the best to protect Taiwan.

"I immigrated to Taiwan to escape from the Communist Party, so I won't vote for pro-China political parties." 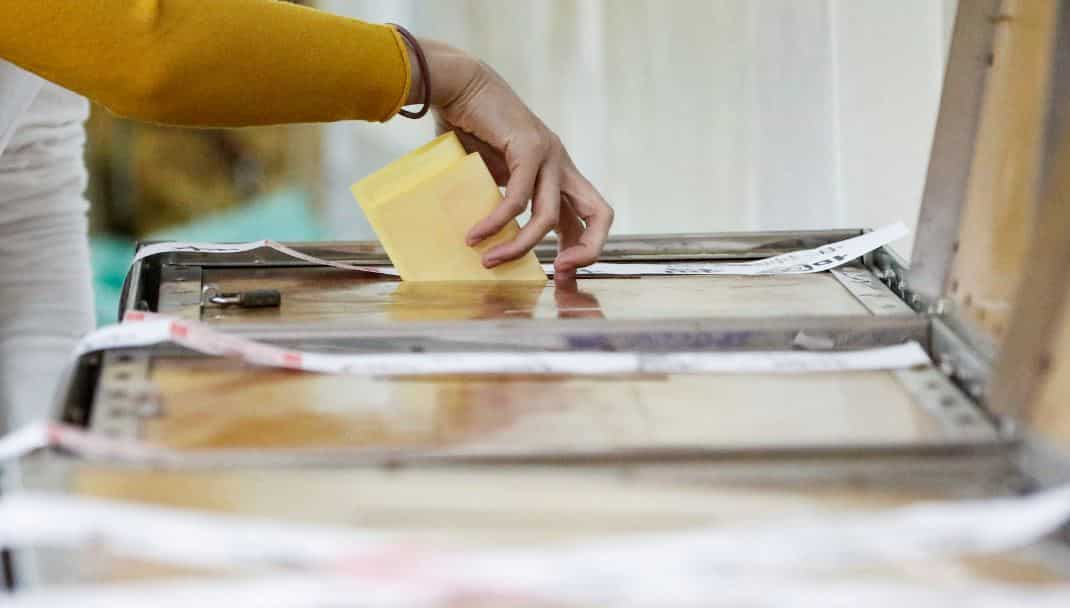 But Taiwan needs good relations with China, said 67-year-old Chu Yu-min, and so she had voted for the Kuomintang.

"Taiwan's economy depends on that," Chu added. "The economy has been bad for the past four years. This needs to change."

Never popular in Taiwan, the idea of "one country, two systems" is even less so now, after months of anti-government protests in Hong Kong.

The protesters have broad sympathy in Taiwan, and both the DPP and Kuomintang have pledged to help protesters in the former British colony who flee to the island.

Taiwan has been a democratic success story since its first direct presidential election in 1996.

That was the culmination of decades of struggle against authoritarian rule and martial law under the Kuomintang, which ruled China until it was forced to flee to Taiwan in 1949, after losing a civil war with the Communists.