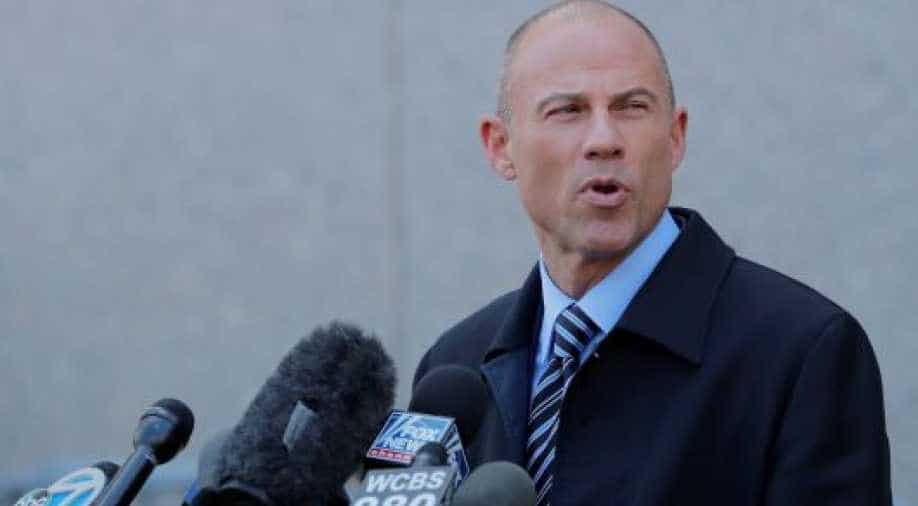 'When due process occurs I will be fully exonerated and justice will prevail,' Michael Avenatti said outside the court following the hearing.

Attorney Michael Avenatti, who represented adult film star Stormy Daniels in her legal battles with US President Donald Trump, was charged on Monday with what prosecutors said was an attempt to "shakedown" Nike Inc for over $20 million.

Avenatti, who was also hit with separate embezzlement and fraud charges in US District Court in Los Angeles, was arrested in New York.

A federal magistrate judge ordered Avenatti released on $300,000 bond during a hearing in US District Court in New York. A subdued Avenatti, appeared in the courtroom wearing a dark grey suit, sitting with federal public defenders.

"When due process occurs I will be fully exonerated and justice will prevail," Avenatti said outside the court following the hearing.

Prosecutors said Avenatti and another lawyer, who was not named in court papers, met with Nike's attorneys on March 19 and told them they had a client, a former amateur coach, who had evidence Nike employees had bribed top high school players to play for Nike-sponsored college teams.

The other lawyer, an unnamed co-conspirator, was identified by The New York Times and The Wall Street Journal, citing sources, as high-profile Los Angeles attorney and CNN contributor Mark Geragos.

Geragos did not respond to a request by Reuters for comment. A spokeswoman for CNN said Geragos was no longer with the network.

According to the criminal complaint, Avenatti told Nike he would go public unless it paid his client $1.5 million and hired him and the other lawyer to conduct an internal investigation for between $15 million and $25 million.

Avenatti also offered to accept a $22.5 million payment for his silence, prosecutors said.

A former executive at Nike rival athletic shoe maker Adidas was recently convicted in federal court in Manhattan of participating in a similar scheme, part of a sweeping probe by prosecutors of corruption surrounding the National Collegiate Athletic Association. The case has ensnared several prominent basketball coaches.

In one call, Avenatti threatened, "I'll go take ten billion dollars off your client's market cap ... I'm not fucking around," according to the complaint.

Geragos, who has represented celebrities such as Michael Jackson and Winona Ryder, is defending the actor Jussie Smollett, who is charged with falsely reporting he was the victim of a racially motivated attack in Chicago.

It was not clear why Geragos has not been charged in the Nike case.

The charges came shortly after Avenatti said on Twitter he would hold a news conference on Tuesday to reveal "a major high school/college basketball scandal" reaching "the highest levels of Nike."

"A suit and tie does not mask the fact that, at its core, this was an old-fashioned shakedown," Geoffrey Berman, the US attorney in Manhattan, told a news conference.

Nike said in a statement it "will not be extorted" and alerted investigators to Avenatti's demands immediately.

Federal prosecutors in California unveiled separate charges against Avenatti on Monday, accusing him of misusing a client's $1.6 million settlement to pay for his own expenses as well as those for his coffee business.

He was also charged with defrauding a Mississippi bank of $4.1 million in loans by submitting false tax returns for 2011-2013 that inflated his income.

Avenatti faces up to 30 years in prison on the most serious charge in California and up to 20 years for the top charge in New York.

Daniels, 48, who is no longer represented by Avenatti, said she was "saddened but not shocked" by his arrest, adding she fired him after learning he had acted "dishonestly" with her.