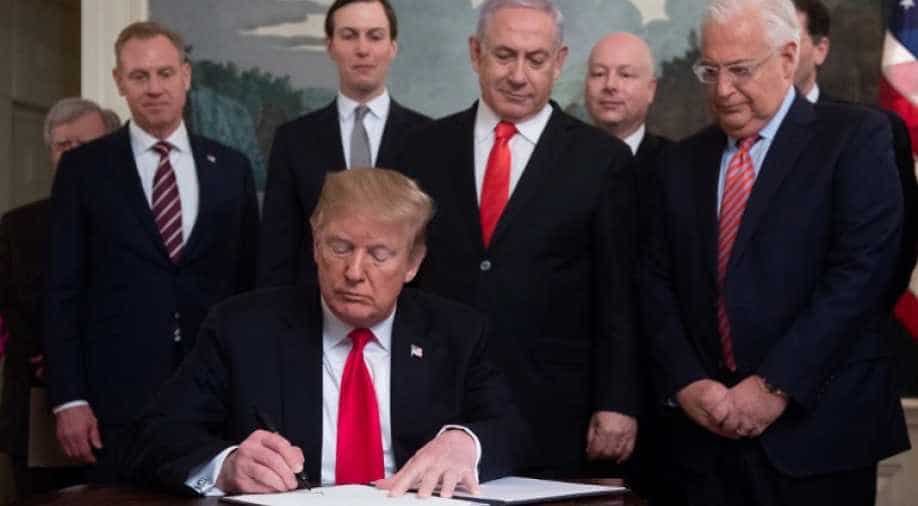 Syria, Turkey and other Arab nations had condemned Trump's move.

"This was a long time in the making," Trump said in the presence of Israeli Prime Minister Benjamin Netanyahu in the White House.

Israel had seized Golan Heights from Syria during the six-day conflict in June, 1967, when it defeated the Arab coalition consisting of Egypt, Syria and Jordan. Israel later annexed the territory - a move not recognised by the international community. The move hasn't been supported by US President since then.

PM Netanyahu had called up President Trump after he had made the announcement on Golan Heights to tell him he had made "history," and called the gesture a "Purim miracle," a reference to the Jewish holiday that Israel was celebrating that day.

Syria, Turkey and other Arab nations had condemned Trump's move.

However, Trump's Middle East envoy, Jason Greenblatt, added that it was inconceivable Israel "would allow the Golan to be controlled by the state of Syria or by any of the rogue actors operating in the areas, including Iran."

Giorgia Andriani while working on 'Sridevi Bungalow': Sridevi's demise is still a shock for us