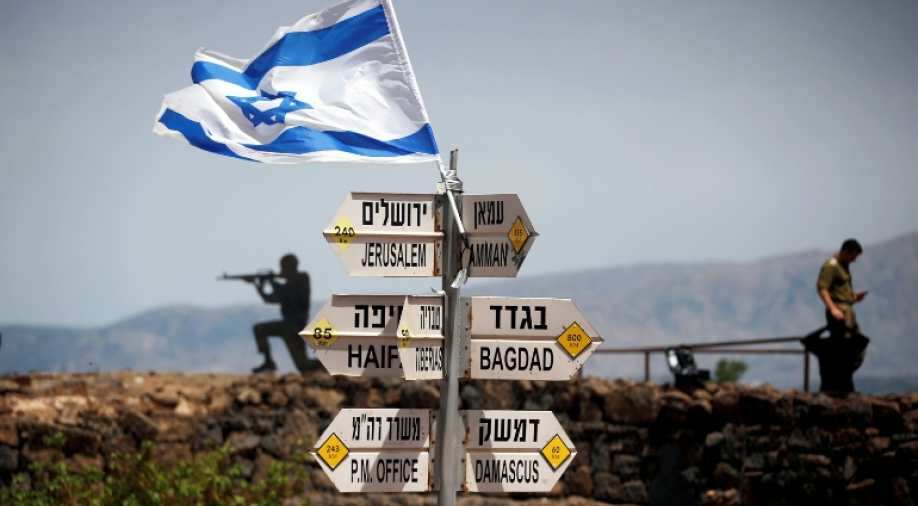 Israel had seized Golan Heights from Syria during the six-day conflict in June, 1967 when it defeated the Arab coalition consisting of Egypt, Syria and Jordan.

"Today for the first time in 52 years, with Prime Minister Netanyahu at his side, the president of the US will formally recognise Israel's sovereignty over the Golan Heights," Pence said as he addressed the American Israel Public Affairs Committee(AIPAC) on Monday.

Last week President Trump had said it was time to back Israeli sovereignty over the Golan Heights.

"After 52 years it is time for the United States to fully recognize Israel’s sovereignty over the Golan Heights, which is of critical strategic and security importance to the state of Israel and regional stability!" Trump had said on Twitter.

Israel had seized Golan Heights from Syria during the six-day conflict in June, 1967 when it defeated the Arab coalition consisting of Egypt, Syria and Jordan. Israel later annexed the territory - a move not recognised by the international community. The move hasn't been supported by successive US Presidents since then.

Yisrael Katz, Israel's foreign minister had said on Monday on Twitter that, "President Trump will sign tomorrow in the presence of PM Netanyahu an order recognizing Israeli sovereignty over the Golan Heights."

Although Prime Minister Benjamin Netanyahu was supposed to be present at the AIPAC conference but he cut short his visit after a rocket attack from Gaza Strip hit northern Israel on Monday morning.

Netanyahu called up President Trump after he had made the announcement on Golan Heights to tell him he had made "history," and called the gesture a "Purim miracle," a reference to the Jewish holiday that Israel was celebrating that day.

Syria, Turkey and other Arab nations condemned Trump's move. However, Trump's Middle East envoy, Jason Greenblatt, said it was inconceivable Israel "would allow the Golan to be controlled by the state of Syria or by any of the rogue actors operating in the areas, including Iran."