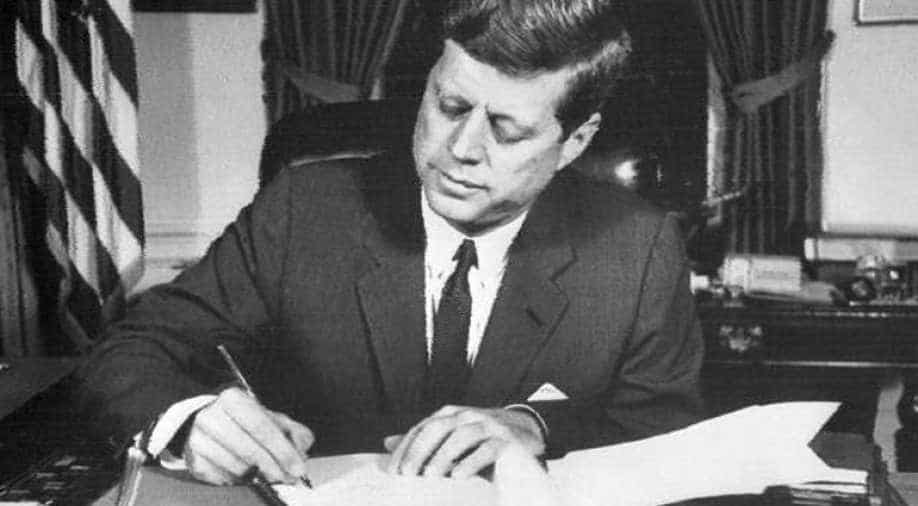 John F Kennedy, the 35th President of the United States, was assassinated on Friday, November 22, 1963, in Dallas, Texas while riding in a presidential motorcade.

He was fatally shot by former US Marine Lee Harvey Oswald.

A ten-month investigation by the Warren Commission from November 1963 to September 1964 concluded that Oswald acted alone in shooting Kennedy and that Jack Ruby also acted alone when he killed Oswald before he could stand trial.

Some of the most surprising documents declassified in October revolve around Kennedy's assassin, Lee Harvey Oswald.

As Kennedy was gunned down, a senior reporter at the Cambridge News in eastern England received an anonymous call 30 minutes before the assassination about "some big news" that would soon erupt in the United States, according to documents from the National Archives

FBI's Dallas office received a threat call from a  man saying that he was a "member of a committee organized to kill Oswald".

“There is nothing further on the Oswald case except that he is dead,” FBI chief J Edgar Hoover said on November 24, 1963.

There were conspiracy theories that Cuba may have conspired to kill Kennedy but a draft report by the House Select Committee on Assassinations found it unlikely that Cuba would kill Kennedy as retaliation for the CIA’s attempts on Fidel Castro’s life.

“The Committee does not believe Castro would have assassinated President Kennedy, because such an act if discovered, would have afforded the United States the excuse to destroy Cuba,” the draft stated.

“The risk would not have been worth it.”