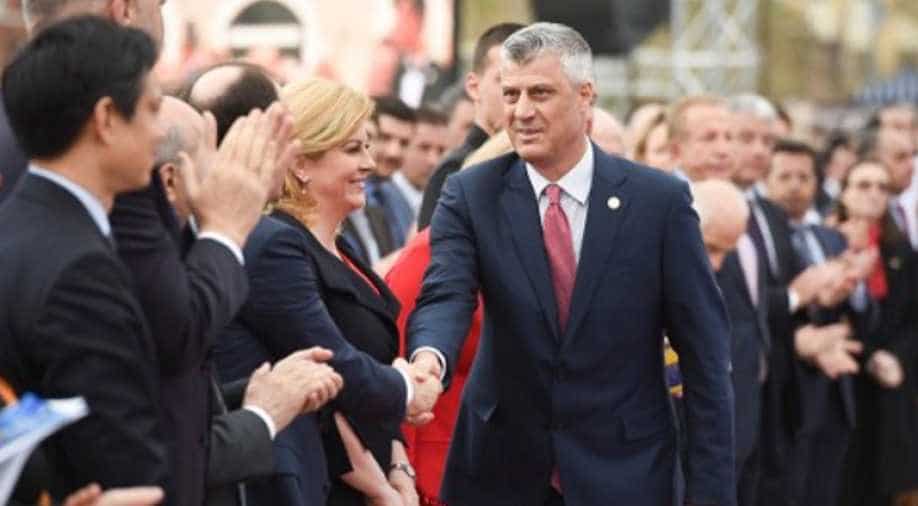 Kosovo's and Serbia's leaders agreed late Tuesday to ease tensions that have risen in past weeks and pursue intensive high-level talks following EU-brokered efforts in Brussels to normalise their relations.

The leaders "agreed to leave the tensions behind and to focus on the work ahead," Mogherini said in a statement, adding intensive, high-level talks will start in a few days.

She said progress toward normalising ties is essential if the two sides want to pursue closer relations with the European Union.

Ties between the two Balkan countries have reached their lowest level since they opened talks to improve relations back in 2011.

Earlier this month, Belgrade sent a train towards Kosovo painted in the colours of the Serbian flag, covered in the statement "Kosovo is Serbia" in multiple languages and decorated inside with Serbian Orthodox imagery.

Kosovo said it was a "provocation". Vucic said the train was stopped from crossing the border over fears it would be attacked.

Vucic called the meeting in Brussels a "good step" as he told reporters the two sides agreed to avoid irresponsible behaviour and provocative language, according to Tanjug news agency.

"We asked for respect for the territory of Kosovo and not to have provocations by Serbia`s parallel structures," Kosovo`s Mustafa said.

Members of Kosovo's ethnic Albanian majority were also outraged by the arrest in France in early January of former prime minister Ramush Haradinaj, under an international warrant issued by Serbia.

Belgrade wants to try him for alleged war crimes committed against civilians during the 1990s conflict.

Relations have further deteriorated in the town of Mitrovica in northern Kosovo, where Serb authorities have started erecting a concrete wall on the banks of the Ibar river.

The wall's construction, by a bridge that divides the town's Serb-dominated north and largely ethnic Albanian south, has angered Pristina, which says it is cementing the town's divisions and must be knocked down.