Put a female statue on a vacant pedestal? An Italian city says not so fast. 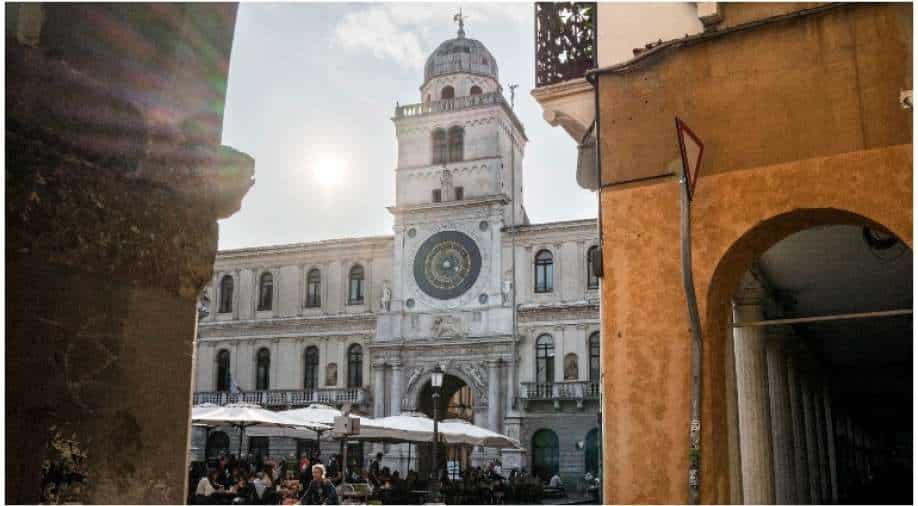 City of Padua in Italy Photograph:( The New York Times )

The sculptures depict illustrious historical figures with strong ties to this northern Italian city. All 78 of them are of men. They have stood sentry for centuries. But since 1797, when the French Army invaded, there have been a couple of unoccupied pedestals on the canal

Prato della Valle is the largest public square in Italy, with a canal lined with statues surrounding an artificial island where locals love to stroll, or take in the sun on warmer days.

The sculptures depict illustrious historical figures with strong ties to this northern Italian city. All 78 of them are of men. They have stood sentry for centuries. But since 1797, when the French Army invaded, there have been a couple of unoccupied pedestals on the canal.

So just before the New Year, two city councilors proposed a motion to include a statue of the 17th-century philosopher Elena Lucrezia Cornaro Piscopia among those in Prato della Valle.

When it comes to the city’s statuary, Prato della Valle is “the symbol of historical male predominance,” said Simone Pillitteri, one of the councilors. “The fact that there were these vacant spots was a glaring reminder that women are underrepresented here and elsewhere and that they were marginalized in the past, certainly not put on pedestals.”

Including a statue of Cornaro Piscopia — the first woman in the world to graduate with a university degree, obtained at the University of Padua in philosophy in 1678 — would be a strong sign that “today, our culture has completely changed,” Mr. Pillitteri said.

But that simple proposal has spawned a debate over cancel culture, male chauvinism in the 18th century, the underrepresentation of women in art and the historical significance of monuments.

Academics, politicians and feminists have weighed in. Critics have cited the findings of a 2021 report by a cultural heritage association that counted barely 200 statues of women in public spaces in Italy. A head count of male statuary in Italy does not exist, but a useful comparison might be found among the 229 busts on Rome’s Pincian Hill. Only three depict women.

Some commentators saw the proposal as an example of “cancel culture,” an attempt to rewrite history through the lens of contemporary gender equality. For other opponents, the debate has centered upon the inviolability of a historical monument.

“Like it or not, Prato della Valle is an expression of the past,” one in which it was acceptable for a monument of illustrious locals to be all male, said David Tramarin, a local politician and art historian. “We must learn from the past, not change it.”

Mr. Tramarin said adding a statue of a woman to the all-male monument felt more like an afterthought. He suggested instead installing several female statues in a centrally located park now under development. “Let’s define a new space and look to the future, a space with many women would be interesting and unique in Italy,” he said.

To be fair, Prato della Valle does have a female figure — a bust of the 16th-century poet Gaspara Stampa — but it is relegated to a spot at the feet of the statue of the Renaissance sculptor Andrea Briosco. The other statues depict popes, notable admirals and physicians, but also celebrated Italians who taught at the university, like Galileo.

Rosanna Carrieri, a spokeswoman for Mi Riconosci, the association of cultural heritage professionals that worked on the 2021 report and is still counting statues, noted that though women were increasingly represented in public spaces, the iconography often showcased stereotypes. She cited a statue of nude washerwoman in Bologna dating to 2001, as well as a statue of a scantily clad gleaner unveiled last year.

“They are symptomatic of a problem of representation, of how women continue to be considered,” she said.

Daniela Mapelli, the rector of the University of Padua, said the issue was less about “which statue or which woman to honor, but to invert the tendency and give greater recognition to the role of women in society.” She added, “Even in 2022, this is an issue that struggles to come to the fore.”

Last year, Ms. Mapelli made history herself, becoming the first woman to guide the university in 800 years, and one of only eight female rectors at Italy’s more than 80 universities.

She noted that the University of Padua already had a statue of Cornaro Piscopia “prominently located” in its main building.

Of late, Padua’s municipal committee, tasked with the city’s new place names, has been giving a lot of thought to “balancing a very strong historical imbalance when it comes to the female presence in streets and piazzas,” said Carlo Fumian, a history professor at the University of Padua who is on the committee.

But a proposal to name roundabouts after women had been deemed “not noble enough.” The idea of changing the name of existing streets “risked putting citizens on the warpath,” because of lost mail and other possible problems.

Mr. Fumian said that Prato della Valle, which was commissioned in 1775, reflects a specific moment in the city’s past, and that even the vacant pedestals, once adorned by statues of Venetian doges that the French Army destroyed in 1797, “are a piece of Padua’s history.”

“You can’t rewrite history with a hammer or scalpel,” he said. “It’s a grave cultural error.” Better to place a placard next to a vacant pedestal, he added, and explain why it is vacant.

Margherita Colonnello, the other city councilor who drafted the motion, said its intent was not to “pervert or destroy” the Prato della Valle monument “but to add something new, something that represents present-day history where women play a prominent role,” she said.

The “enormous reaction to the proposal,” was unexpected, she said. It reflected the reality that while things were changing in Italy, there still remained “some conservative intellectuals” who did not understand the importance of discussing the underrepresentation of “half the population.”

The motion will be discussed in City Hall later this month, she said.

Mr. Pillitteri, the city councilor, pointed out that the University of Padua would be celebrating its 800th anniversary in 2022, led by a female rector. “It would be great to mark the event with a new statue of a woman,” and why not, he said, “with some debate.”