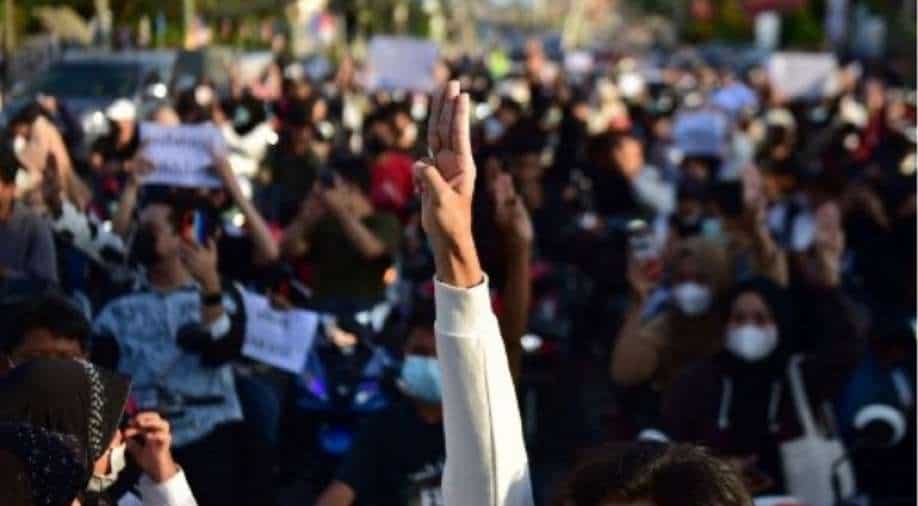 Polish MPs on Wednesday voted in favour of a new law that critics say will curb media freedom and hit ties with the United States, but the ruling coalition also lost several key votes, putting its long-term future in doubt.

The media law would prevent companies from outside the European Economic Area from holding a controlling stake in Polish media companies.

That would force US group Discovery to sell its majority stake in TVN, one of Poland's biggest private TV networks whose news channel TVN24 is often highly critical of the government.

The ruling Law and Justice (PiS) party says the law is needed to stop hostile foreign powers from taking control of powerful broadcasters and is in line with rules in other European countries.

But critics say it opens a path for a state-controlled company to take control of TVN, following a takeover of the regional newspaper group Polska Press by state energy giant PKN Orlen.

TVN urged the Senate and the president to reject the law, labelling the vote "an unprecedented attack on freedom of expression and media independence".

The vote came during a stormy session of parliament that at one point was interrupted when MPs approved an opposition motion to suspend proceedings to delay the media law vote.

In the end, the session resumed and the media law passed by 228 votes in favour and 216 against in the 460-seat lower house of parliament.

Thousands of people took to the streets in rallies across Poland on Tuesday over the draft law.

The United States is "deeply troubled" by the draft legislation, Secretary of State Antony Blinken said, warning that it "threatens media freedom and could undermine Poland's strong investment climate".

Earlier in the parliamentary session, the government lost four key votes, a day after a junior partner walked out of the governing coalition led by PiS.

In one of the votes, MPs voted by 229 to 227 to suspend the session to postpone a vote on the media law.

But speaker Elzbieta Witek, a PiS member, ordered another vote, which the government won by 230 to 225 to resume proceedings despite howls of outrage from the opposition.

"Fraudsters! Fraudsters!" the MPs chanted, accusing the government of buying support to win the vote.

"The parliamentary majority, glued together with the mud of corruption and blackmail, is crumbling before our eyes," tweeted former EU chief Donald Tusk, who heads up the opposition Civic Platform.

"It may go on for a while but it is no longer able to govern."

The lost votes do not mean that the government will collapse, as a formal vote of no confidence would be need for that to happen, and PiS could potentially continue as a minority government.

But commentators have said a minority government would be difficult to sustain long-term as it would have to rely on the far-right Confederation party, which is highly critical of the government.

The next elections are scheduled for 2023.

The United Right coalition, which is dominated by the PiS, has governed Poland since 2015.

It has been accused by the European Union of rolling back democratic freedoms but is still popular among many Poles, mainly for its social welfare reforms.