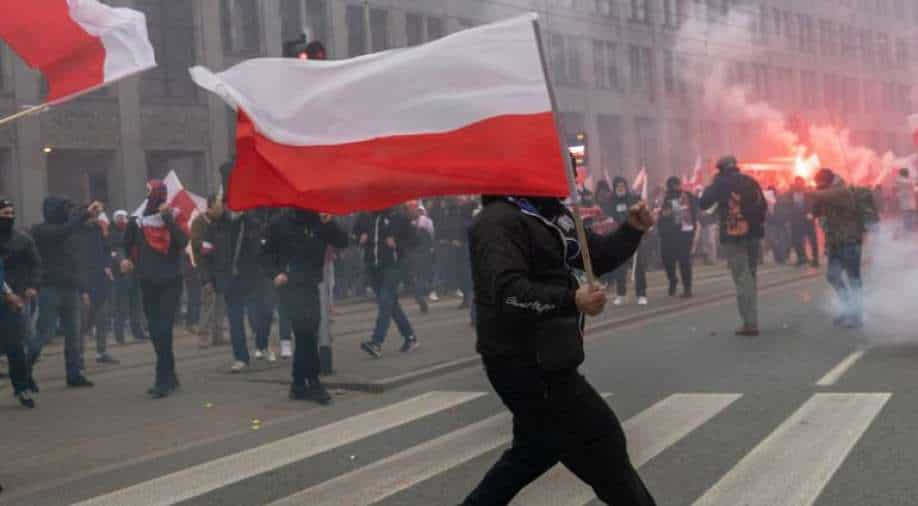 The Appeals Court in Warsaw upheld the decision of the court of first instance revoking the region's consent to organise the Independence March as a cyclical assembly, the Warsaw city hall said in a statement

The organisers of an annual far-right march in Warsaw to mark Poland's Independence Day said on Friday they would walk along their traditional route this year despite a ban from the town hall and losing a court appeal.

The event, held annually on November 11, has become a point of friction between far-right groups and supporters of the nationalist government of Prime Minister Mateusz Morawiecki on one side, and their liberal opponents, including the Warsaw city hall, on the other.

The association that organises the march has asked for it to be registered as a cyclical event, which would give it priority over other demonstrations. They were granted this status by the regional governor, but the decision was struck down twice in court this week.

"The Appeals Court in Warsaw upheld the decision of the court of first instance revoking the region's consent to organise the Independence March as a cyclical assembly," the Warsaw city hall said in a statement.

also said a previously registered assembly is planned on the same spot, so a second event of this type cannot be organised at the same place and time.

"If the nationalists congregate on November 11, it will be an unlawful assembly," Warsaw mayor Rafal Trzaskowski wrote on Twitter.

The organisers said they would go ahead with the march and would not change its route.
Spokespersons for the government and Poland's ruling Law and Justice party (PiS) did not respond to requests for comment.

Last year far-right sympathisers clashed with police at the end of a march that took place in defiance of pandemic restrictions. Planned as a drive through the capital, the event took a different form as thousands of people marched on foot through central Warsaw in addition to those driving.