Nearly 1,000 migrant children separated from parents by US government in last year 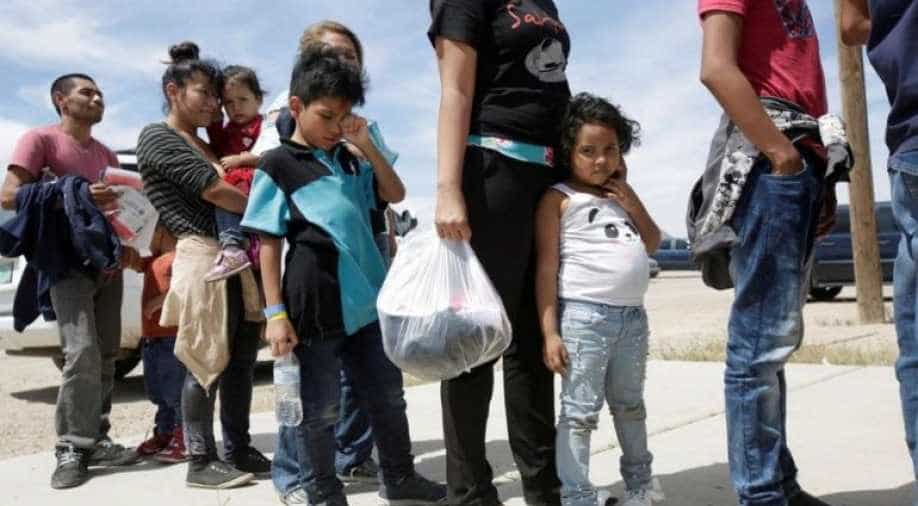 File photo: Central American migrants stand in line before entering a temporary shelter, after illegally crossing the border between Mexico and the US, in Deming, New Mexico, US, May 16, 2019. Photograph:( Reuters )

Another case concerned a three-year-old girl separated from her father on the grounds he could not prove he was a parent.

Nearly 1,000 migrant children have been separated from their families at the US-Mexico border in the last year despite a judge's order for President Donald Trump's administration to stop the practice, a top rights group said Tuesday.

The American Civil Liberties Union (ACLU) said in a court filing in San Diego that the administration was accusing parents of minor criminal activity — including traffic violations — and neglect to continue separating children at the border.

One example involved a father whose one-year-old daughter was taken from him because he failed to change her diaper.

Another case concerned a three-year-old girl separated from her father on the grounds he could not prove he was a parent. The family took a DNA test that confirmed paternity, but meanwhile, the child was sexually abused while in detention, according to the court filing.

Another four-year-old boy was separated because his father had a speech impediment that prevented him from answering questions by Border Patrol agents, the complaint said.

"It is shocking that the Trump administration continues to take babies from their parents," said Lee Gelernt, an attorney with the ACLU.

"Over 900 more families join the thousands of others previously torn apart by this cruel and illegal policy," he added. "The administration must not be allowed to circumvent the court order over infractions like minor traffic violations."

Trump's administration began separating children from their parents in May of last year as part of a "zero tolerance" policy toward migrants who illegally cross the border.

But six weeks into the practice that prompted a domestic and international outcry, Trump reversed course and announced that his administration would stop separating families unless the parents pose "a risk" to their child.

A federal judge then issued an order for an estimated 2,700 children taken during those six weeks to be reunited with their parents.

The Trump administration has said that it now separates children from their parents only if the adults pose a risk.

But the ACLU says that only a small number of the more than 900 children taken from their parents since June of last year were at risk and have deplored the conditions in which the youngsters are held.

In one case, the ACLU complaint says, a father was separated from his three young daughters after being diagnosed with HIV.

It added that of particular concern was that the ongoing separations involve very young children, 20 per cent of them under the age of five.

"The impact of separation can be particularly devastating for young children," the complaint said, urging the court to clarify the standard by which children can be separated from their parents.