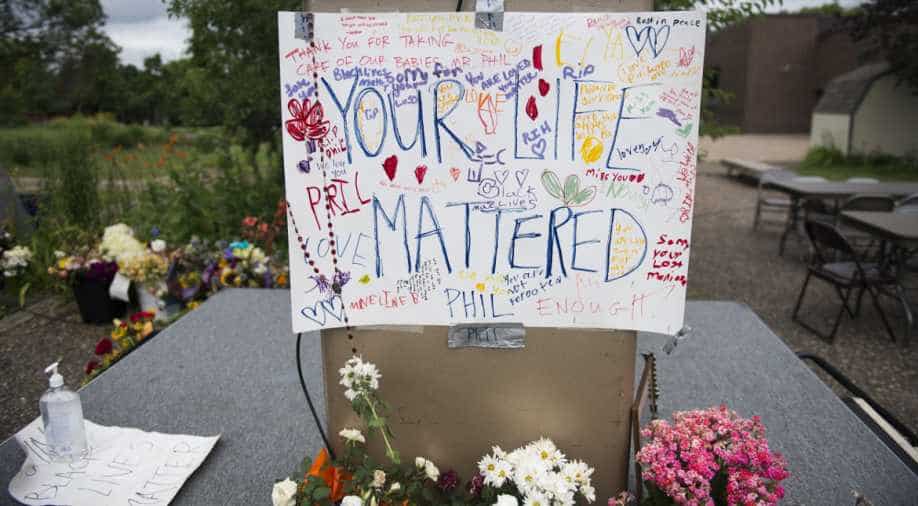 The police later found he had a permit to carry the gun. The incident was streamed live on Facebook by his girlfriend where it went viral. Photograph:( Getty )

A Minnesota police officer was charged with second-degree manslaughter on Wednesday for the fatal shooting of a black motorist that sparked outrage when the moments that followed were broadcast on social media.

The prosecutor said Yanez feared that Castile was reaching for a gun he had just calmly said he had in his possession, moments before being shot seven times by the officer.

A moaning Castile's final words after being shot were, "I wasn't reaching for it," according to Choi, who said the conversation was picked up by a microphone Yanez was wearing.

Starting about 40 seconds after the shooting, Castile's girlfriend, Diamond Reynolds, who was sitting in the vehicle's passenger seat, streamed images of a bloody Castile on Facebook live, and the recording went viral on social media.

The incident began a little after 9 pm local time on July 6, when Yanez pulled Castile over on suspicion of involvement of a robbery, Choi said. Castile had no involvement in the robbery, he added.

Castile then, in a non-threatening manner, told the officer about the firearm he was carrying, according to Choi.

Yanez interrupted and replied, "OK," and placed his hand on his gun, then said, "OK, don't reach for it then."

Castile tried to respond but was interrupted by Yanez, who said, "Don't pull it out."

Castile and Reynolds both responded that he was not pulling the gun out.

Yanez then screamed, "Don't pull it out," drew his own gun, and fired seven shots in rapid succession.

When officers and paramedics were moving Castile, they found a 40-caliber semiautomatic handgun in his right front pocket that had a loaded magazine but no round in chamber.

At the hospital, Castile's wallet contained a driver's license and his permit to carry a pistol.

"I have given officer Yanez every benefit of the doubt on his use of deadly force," Choi said during a press conference on Wednesday.

"But I cannot allow the death of a motorist who was lawfully carrying a firearm under these facts and circumstances to go unaccounted for."

Yanez has also been charged with two felony counts of dangerous discharge of a firearm that endangered the safety of Reynolds and her four-year-old daughter, who was also in the car at the time.