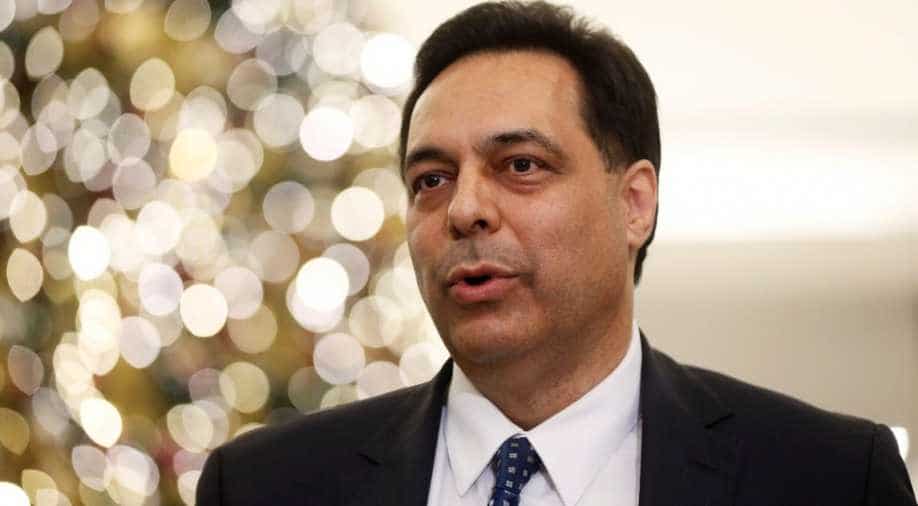 Diab, an academic and former education minister, was designated on Thursday as the country's next prime minister with the support of Iran-backed Hezbollah and its allies.

Lebanon's new prime minister-designate Hassan Diab said in an interview with Deutsche Welle he will work on forming a government within six weeks to help pull the country out of a deepening economic and political crisis.

Diab, an academic and former education minister, was designated on Thursday as the country's next prime minister with the support of Iran-backed Hezbollah and its allies.

"Previous governments in the last decade took a year to form and I seek to form a government in the next four weeks or a period that does not exceed six weeks," Diab said.

The designation set the stage for a cabinet that excludes allies of the United States and Sunni Gulf Arab countries while underlining the influence of Iran's friends in Lebanon. The move would complicate efforts to secure Western financial aid, analysts say.

"It's time to put aside partisan interests and act in the national interest, advancing reforms and form a government committed to undertaking these reforms and capable of doing so," Hale added.

Lebanon, in its worst economic crisis since the 1975-90 civil war, has been seeking a new government since Prime Minister Saad al-Hariri resigned on October 29 in response to protests against the ruling elite.

Diab, who failed to get the support of Hariri under a sectarian political system that leaves the post of the premier to a Sunni Muslim, dismissed accusations that the government would be under the thumb of Hezbollah. Hariri is the country's main Sunni politician.

"This matter is silly because the new government will not be a government of a political grouping chosen from here or there," Diab added.