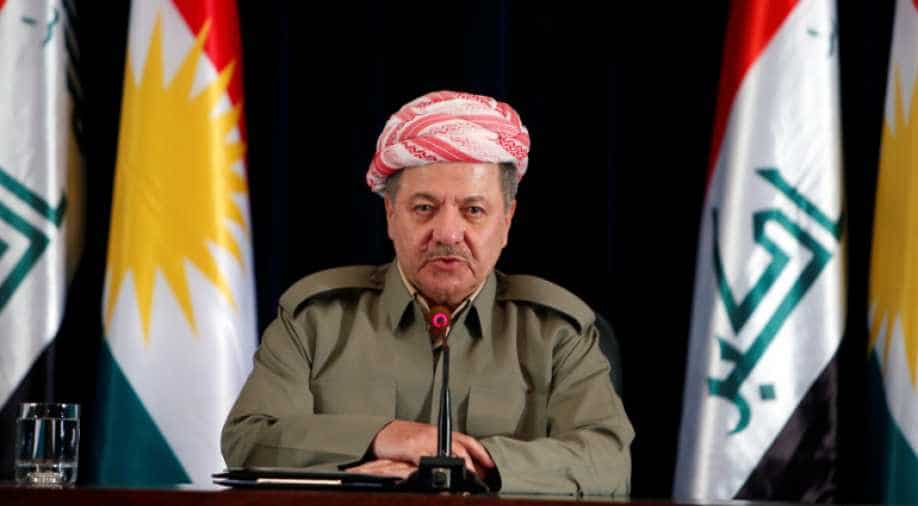 Kurdish leader Masoud Barzani gave a bitter speech on Sunday to announce his resignation, saying no one outside the Kurds' home region had stood up to support their right of self-determination.

Barzani made a televised speech after the Iraqi Kurdistan parliament approved his request not to extend his term beyond Nov. 1, after an independence referendum he championed last month backfired and triggered military and economic retaliation against the Kurdish region he has been leading since 2005.

"Three million votes for Kurdistan independence created history and cannot be erased," he said, referring to the referendum held on Sept. 25.

"Nobody stood up with us other than our mountains," he said, speaking with Kurdish and Iraqi flags behind him.

He criticised the United States for allowing Abrams tanks supplied to Iraqi forces to fight Islamic State militants to be used against the Kurds. He said American weapons were also used in attacks by Iranian-backed paramilitaries.

"Without the help of Peshmerga (Kurdish fighters), Iraqi forces could not have liberated Mosul from ISIS alone," he said, referring to Islamic State's former stronghold in northern Iraq.

"Why would Washington want to punish Kurdistan?"

He said followers of rival Kurdish leader Jalal Talabani, who died in early October, had been guilty of "high treason" for handing over the oil city of Kirkuk to Iraqi forces without a fight two weeks ago.

He said the Iraqi offensives since Oct. 16 and the refusal of the Iraqi government to agree to dialogue vindicated his view that "Iraq no longer believes in Kurdish rights".