'Wrong' for babies to be 'born' in ninth month: Trump's anti-abortion blooper 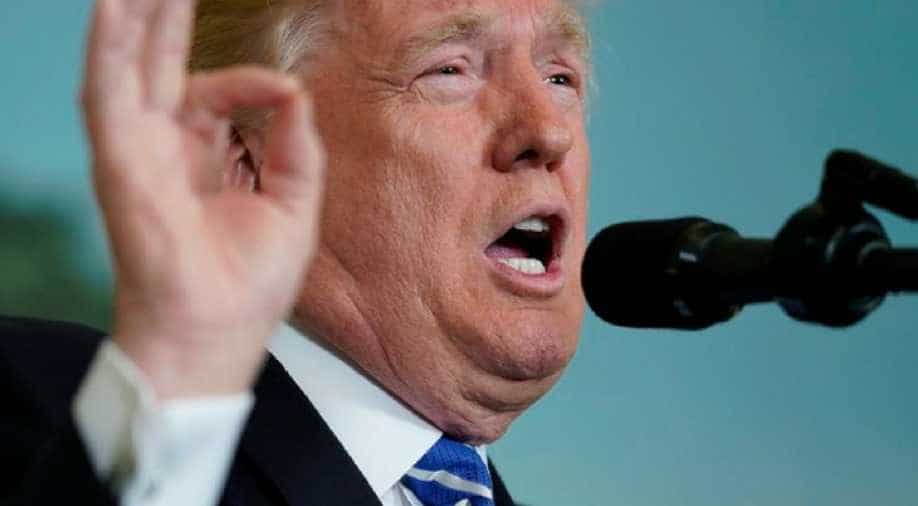 As per news reports, Trump's 'mistakenly' commented saying 'born', instead he meant 'torn' in regards to late-term abortion. Photograph:( AFP )

President Donald Trump on Friday told the anti-abortion protesters that it's not correct for babies to be "born" in the ninth month of pregnancy.

Trump was addressing the "March for Life" rally at the National Mall, in the United States.

Trump said, "right now, in a number of states, the laws allow a baby to be born from his or her mother's womb in the ninth month. It is wrong, it has to change."

As per news reports, Trump's "mistakenly" commented saying "born", instead he meant "torn" in reference to late-term abortion.

He had previously criticised Hillary Clinton's support of abortion rights, saying "you can take the baby and rip the baby out of the womb in the ninth month, on the final day."

Hillary told Trump at the time: "that is not what happens in these cases, and using that kind of scare rhetoric is just terribly unfortunate."

Trump’s mistake was mocked by critics on Twitter with some saying that he is mentally unfit to be president.

And it's trump. So you can't just say it's obvious. The man is an idiot and he could actually be talking about babies born in September

At least those babies born at 9 months will see a full term, unlike Trump.

trump has never changed a baby's diaper in his life because he thinks raising children is women's work.

For Trump, who has been pro-abortion all of his life, to address the #MarchforLife is a total insult. With his constant adultery, how many babies has he demanded aborted to save his ass?