It would be 'best' if Trump doesn't get involved in Britain's election: Boris Johnson 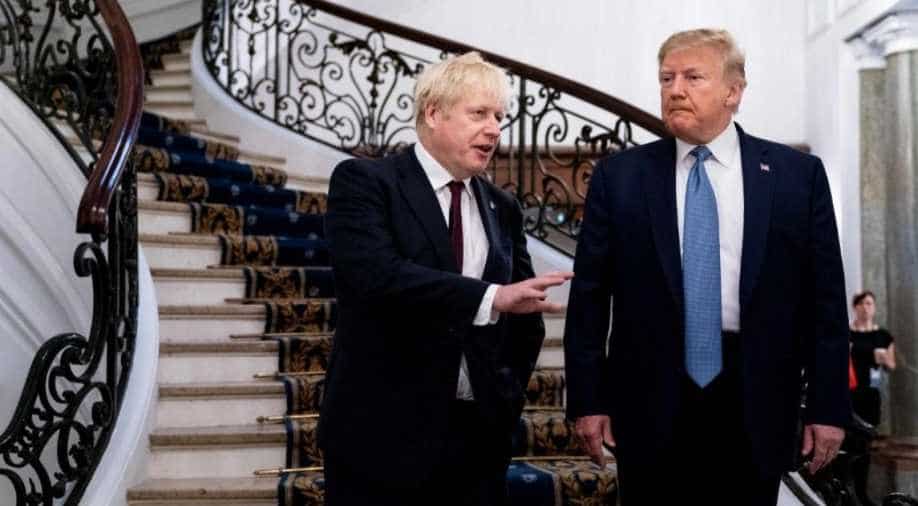 Trump waded into the election in October by saying opposition Labour Party leader Jeremy Corbyn would be 'so bad' for Britain and that Johnson should agree a pact with Brexit Party leader Nigel Farage.

Prime Minister Boris Johnson said on Friday it would be "best" if US President Donald Trump does not get involved in Britain's election when he visits London for a NATO summit next week.

Trump waded into the election in October by saying opposition Labour Party leader Jeremy Corbyn would be "so bad" for Britain and that Johnson should agree a pact with Brexit Party leader Nigel Farage.

But senior Conservatives are nervous that Trump could upset the campaign when in London, just over a week before the December 12 election which polls indicate Johnson is on course to win.

"The best (thing) when you have close friends and allies like the US and the UK is for neither side to get involved in each other's election."

Johnson has said that, if he retains power, he will deliver Brexit by Jan. 31 -- after nearly four years of political crisis following a 2016 referendum in which Britons voted to leave the European Union.

He said he wanted to keep in place government preparations for a possible no-deal Brexit - under which Britain would leave without agreement on the terms with Brussels and potentially expose itself to more economic uncertainty - but that he expected to secure a trade deal with the EU by the end of 2020.

"Many of those preparations will be extremely valuable as we come out of EU arrangements anyway," he told reporters.

NHA 'not for sale'

The US president, who is due to arrive on Monday, has cast Johnson as "Britain's Trump" and during a previous visit criticised Johnson's predecessor Theresa May over her Brexit policy.

Labour's Corbyn has said Johnson will sell off parts of Britain's widely cherished health service to US businesses after Brexit, but Johnson denied this. Trump previously said everything including health should be on the table in trade talks, though he later said health would not be.

Taking questions from LBC listeners, he declined to say how many children he had or whether he would have any more.

Johnson, 55, is living at the prime minister's Downing Street residence with his partner Carrie Symonds after separating from his wife last year.