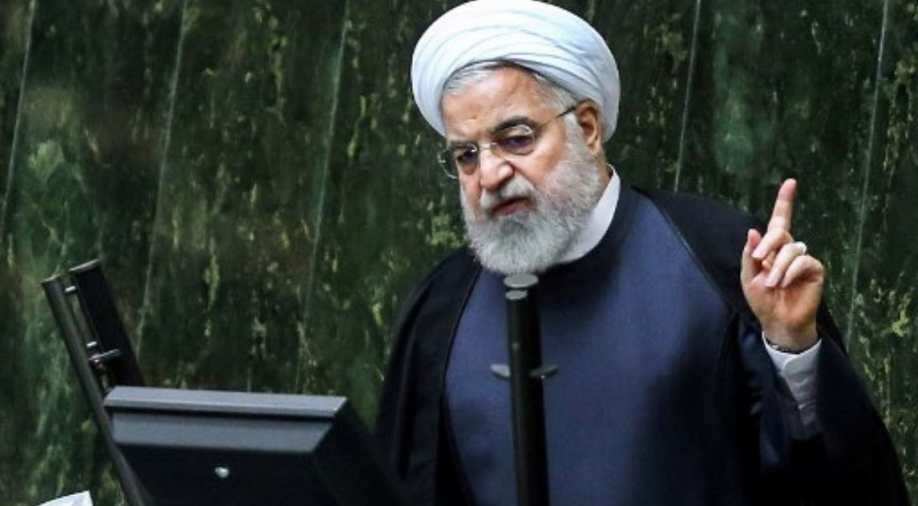 Iran and three European countries- Britain, France and Germany, have been engaged in talks to save a 2015 nuclear deal that has been unravelling since the US withdrew from it May last year.

President Hassan Rouhani said Iran will announce a new step in scaling back its nuclear commitments by Thursday despite a diplomatic push for relief from US sanctions.

Iran and three European countries- Britain, France and Germany, have been engaged in talks to save a 2015 nuclear deal that has been unravelling since the US withdrew from it May last year.

The efforts have been led by French President Emmanuel Macron, who has been trying to convince the US to offer Iran some sort of relief from crippling sanctions it has reimposed on the Islamic republic since its pullout.

"I don't think that we will reach a deal so we'll take the third step and we will announce the details today or tomorrow," Rouhani was quoted as saying Wednesday by the presidency website.

The Iranian president said the two sides were getting closer to an agreement on a way to resolve burning issues.

"If we had 20 issues of disagreement with the Europeans in the past, today there are three issues," he said.

"Most of them have been resolved but we haven't reached a final agreement."

Iran has hit back with countermeasures in response to the US withdrawal from the 2015 deal, which gave it relief from sanctions in return for curbs on its nuclear programme.

In July, it said it had increased its stockpile of enriched uranium to beyond the maximum set by the deal. It later announced it had exceeded a cap on the level of enrichment of its stocks.

Iran has long been threatening to carry out the third step by Friday unless other parties to the deal offset the effect of US sanctions in return for its continued compliance.

A deputy foreign minister said Iran would resume full compliance with the Joint Comprehensive Plan of Action (JCPOA) if it is allowed to sell its oil or get a $15-billion credit line guaranteed by future crude sales.

Abbas Araghchi expressed doubt, however, that such a plan could be agreed by the deadline set by Iran for sanctions relief.

"Iran will return to full implementation of the JCPOA only if it is able to sell its oil and to fully benefit from the income from these sales," said Araghchi.

"The French proposal goes in that direction," the deputy foreign minister was quoted as saying by state news agency IRNA.

Araghchi, speaking days after leading an economic delegation to France, ruled out any renegotiation of the JCPOA but said Iran was open to talks on how to implement it better.

"Returning to full implementation of the JCPOA is subject to receiving $15 billion over a period of four months, otherwise the process of Iran reducing its commitments will continue," he said.

The 2015 nuclear deal was agreed between Iran and the so-called 5+1 -- UN Security Council permanent members Britain, China, France, Russia and the United States plus Germany.