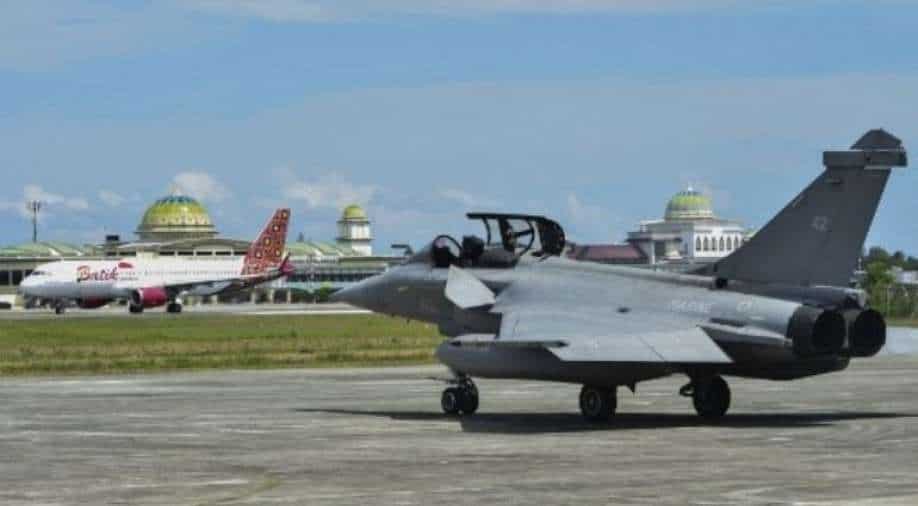 Indonesia is one of several Asian countries that expressed concerns about the AUKUS pact, with Foreign Minister Retno Marsudi warning it could trigger a nuclear arms race in the region

Indonesia signed a deal with France on Thursday to buy six Rafale warplanes as part of an anticipated total order of 42, as Paris bolsters military ties in the Asia-Pacific.

"We agreed on the purchase of 42 Rafale. The contract signed today is for the first six, which will be followed by 36 others," said Subianto.

It is the latest sign of warming ties between Jakarta and Paris, as France rethinks its alliances in the region following the collapse in September of a multibillion-dollar Australian submarine deal.

Paris was left furious by the debacle, saying it had been given no warning that Canberra was negotiating a new defence pact with the United States and Britain.

Australia is now obtaining nuclear-powered submarines as part of the new defence alliance, named AUKUS, with Washington and London to counter a rising China.

In Jakarta, Parly told reporters that Indonesia had chosen a warplane known for its "technical excellence", which had demonstrated its "operational capabilities on numerous occasions".

Indonesia is also reportedly in negotiations to buy about 30 American F-15s, and is participating in a South Korean programme to develop a warplane.

Since the Australian submarine deal collapsed, France has been bolstering ties with long-time partners including Japan and India, as well as turning to Southeast Asian nations such as Indonesia.

Indonesia is one of several Asian countries that expressed concerns about the AUKUS pact, with Foreign Minister Retno Marsudi warning it could trigger a nuclear arms race in the region.

The Dassault Aviation Rafale aircraft, which entered service in 2004, has proved popular in the international market despite competition from American and other European manufacturers.

The United Arab Emirates signed the biggest ever order for the jets in December, with a deal to buy 80 for 14 billion euros.

Other foreign clients include Qatar, India, Egypt, Greece and Croatia.