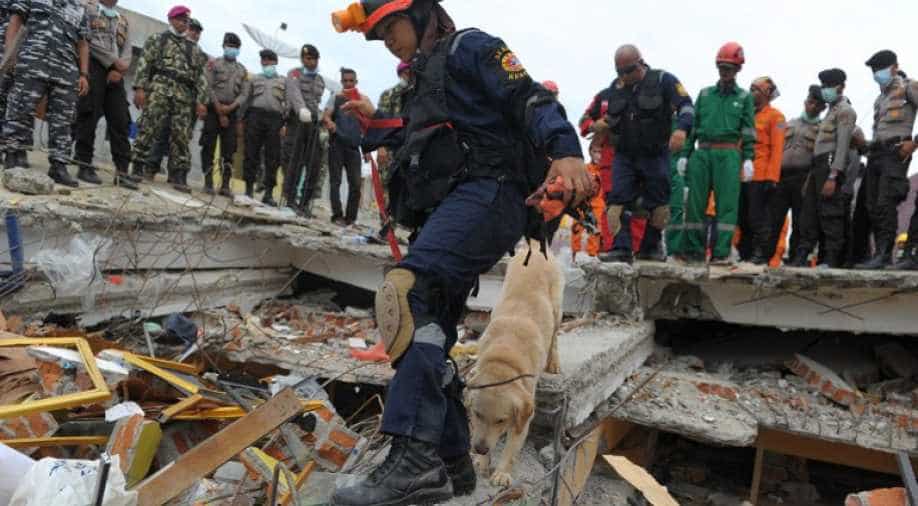 The homeless have taken refuge at temporary shelters or with relatives. In photo: A rescue team use their dog as they search for victims under the collapsed buildings on December 9, 2016 Photograph:( AFP )

Government and aid agencies have banded together to meet the survival needs of earthquake-hit communities as the estimate of the number of displaced continues to grow. The homeless have taken refuge at temporary shelters or with relatives.

"The basic needs of refugees must be met during the evacuation," the National Disaster Mitigation Agency said in a statement. Relief efforts are concentrated across the three districts near the epicenter of Wednesday's magnitude 6.5 quake, it said.

The quake killed more than 100 people, injured hundreds and damaged over 11,000 buildings.

Humanitarian groups are now coordinating their efforts from a main command post in the worst affected district Pidie Jaya, the agency said.

Search efforts for bodies and possible survivors involved the use of sniffer dogs in the devastated town of Meureudu. The search was also focussed in four locations in Pidie Jaya