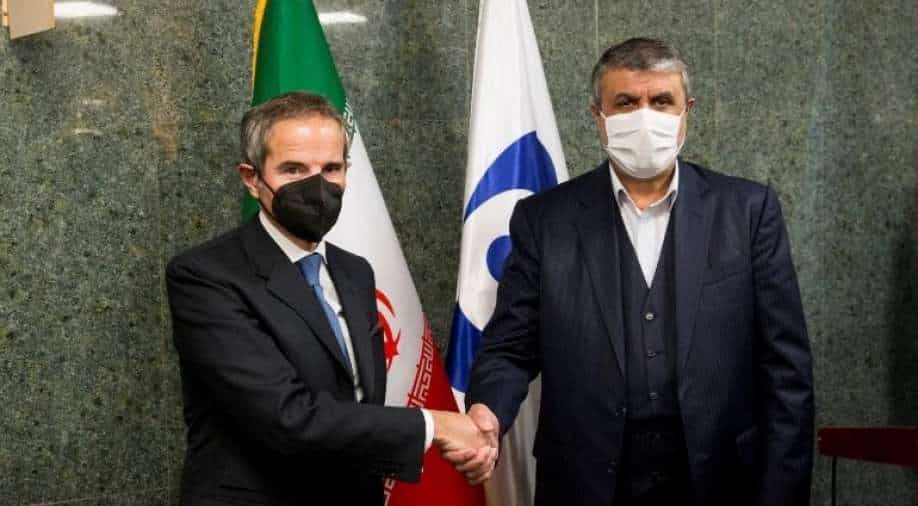 The IAEA has repeatedly said it has no indication that Iran has a secret weapons programme, and Iran insists its aims are peaceful

Time is running out for the U.N. atomic watchdog to gain access to re-install cameras at a centrifuge-parts workshop in Iran, as the agency will soon be unable to guarantee equipment is not being diverted to make atom bombs, its chief said on Wednesday.

International Atomic Energy Agency (IAEA) chief Rafael Grossi was speaking the day after a trip to Tehran in which he said he made no progress on several disputes, the most pressing of which is getting access to the workshop at the TESA Karaj complex two months after Iran promised to grant it.

The workshop makes parts for advanced centrifuges - machines that enrich uranium - and was the victim of apparent sabotage in June. Tehran blames Israel for what it says was an attack, which destroyed one of four IAEA cameras there. Iran later removed all the cameras and the destroyed camera's footage is missing.

Also read | 'I am a WOMAN': Iranian goalkeeper Zohreh Koudaei reacts to claims that she is a MAN, vows to sue Jordanian FA

"We are close to the point where I would not be able to guarantee continuity of knowledge," Grossi told a news conference on the first day of a quarterly meeting of his agency's 35-nation Board of Governors.

That would mean there was a gap in IAEA monitoring of sensitive installations, during which a significant amount of material or equipment could be siphoned off to a secret nuclear weapons programme.

The IAEA has repeatedly said it has no indication that Iran has a secret weapons programme, and Iran insists its aims are peaceful. But Grossi said he still does not know whether Karaj is operational or not five months after the apparent attack.

"It is obvious that such a long period of time without us getting access, knowing whether there are operational activities ongoing, is something that in itself would at some point prevent me from continuing to say 'I have an idea of what is going on'," Grossi said.

The issue is a complicating factor ahead of indirect talks between the United States and Iran on reviving the 2015 nuclear deal with major powers that resume in Vienna on Monday.

The United States and its European allies would normally pressure Iran on the issue by trying to pass a resolution against it at the IAEA's quarterly meeting.

However, diplomats say it is unlikely there will be any such attempt this time for fear of jeopardising those talks aimed at bringing Tehran and the United States back into full compliance with the 2015 deal.

That deal lifted international sanctions against Tehran in exchange for restrictions on Iran's nuclear activities, but little currently remains of the pact in practice.

Former President Donald Trump, who vehemently opposed the deal struck before he took office, pulled Washington out of the agreement and reimposed US sanctions on Iran, prompting Iran to progressively breach its restrictions and keep advancing its nuclear activities.