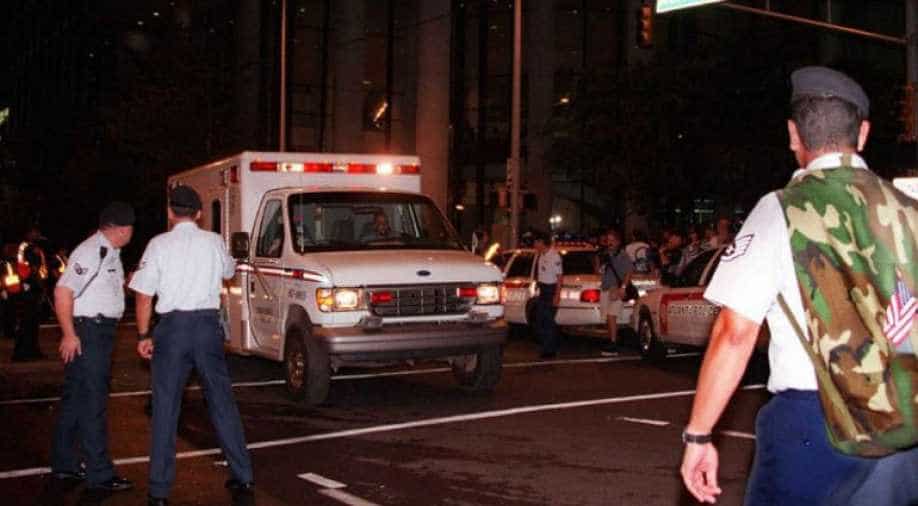 The suspect was identified as Minguel Lembrick, 35, and he is considered 'armed and dangerous.' (Representative image) Photograph:( AFP )

A Georgia police officer was killed and a second critically injured in a shooting that occurred on Wednesday (December 7) morning near a university campus in the southwestern part of the state, officials said.

A manhunt was underway for the shooter on Wednesday afternoon and Georgia Southwestern State University has been on lockdown since the shooting was reported at about 9:30 a.m. in Americus, Georgia, about 150 miles south of Atlanta, according to the Georgia Bureau of Investigation (GBI).

The suspect was identified as Minguel Lembrick, 35, and he is considered "armed and dangerous," said Americus Police Chief Mark Scott.

Officer Nicolas Smarr, 25 and Georgia Southwestern College officer Jodi Smith were responding to a 911 call about a domestic dispute when they encountered Lembrick, Scott said. Both officers were shot.

"Two officers encountered the suspect in the domestic at the scene, gunshots were exchanged and the two officers were wounded. Officer Smarr succumbed to his injuries this morning Officer Smith has been life lighted to an area trauma center where he's in very critical condition. The suspect is still at large, his information has been released to everyone his name has been Minguel Kennedy Lembric, age 32. He's considered armed and dangerous. We would ask that the community help us by telling us where he is, if anyone knows of his whereabouts or has seen him. Please give us a call we'll supply toll free numbers and they can call.

The FBI and the GBI are offering a $20,000 reward for information leading to the suspects arrests.

University internet tweets are asking all students and staff on campus to shelter in place. All are asked to secure entrances and stay away from windows and turn off lights.

The shooting happened near Griffin Bell Golf Course, just south of campus, the university said in an emergency alert.