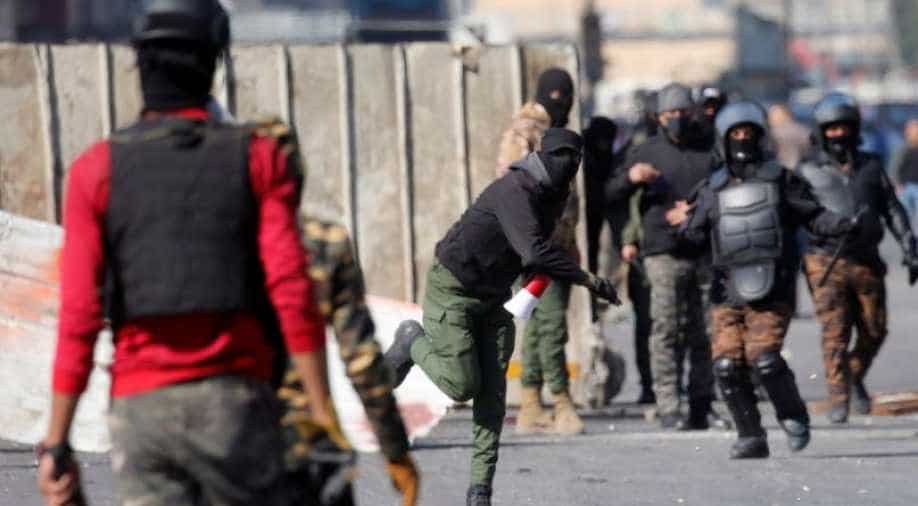 In a video he posted to Twitter, Allawi, 65, said President Barham Saleh had nominated him to form a new government and that he would do so in line with protesters' demands.

Iraq's president named former communications minister Mohammad Allawi as the country's new prime minister on Saturday after an 11th-hour consensus among political blocs, but the streets seemed divided on his nomination.

Baghdad and the mainly Shiite south have been gripped by four months of anti-government rallies demanding snap elections, a politically independent prime minister and accountability for corruption and protest-related violence.

Faced with pressure from the street and the Shiite religious leadership, Prime Minister Adel Abdel Mahdi resigned in December and political life came to a standstill.

In a bid to end the paralysis, President Barham Saleh gave political blocs until Saturday to name a replacement to Abdel Mahdi or else he would appoint his own candidate.

On Saturday evening, Allawi posted a video to Twitter saying Saleh had nominated him as the new premier.

"After the president appointed me to form a new government a short while ago, I wanted to talk to you first," he said, addressing the camera in colloquial Iraqi dialect.

"I will ask you to keep up the protests, because if you are not with me, I won't be able to do anything," Allawi said.

There was no formal announcement from Saleh or other government bodies, and the main protest camp in Tahrir Square seemed split on his nomination.

According to the constitution, Allawi now has one month to form his cabinet, which would need a vote of confidence from parliament.

In Iraq, the cabinet is typically formed by consensus among political rivals after intense horsetrading over influential posts.

"If the (political) blocs try to impose their candidates on me, I'll come out and talk to you and leave this nomination," Allawi said.

Also read: US stops weapons delivery to Iraq amid tensions with Baghdad

Shortly before Allawi's announcement, protesters in Tahrir expressed reservations about anyone with previous government experience assuming the premiership and frustration with the slow pace of reforms.

"Anyone who hasn't been involved in politics before is acceptable," said Abu Amir al-Rubaye, 50.

"But if Saleh does not find a way to form a government backed by the people, we'll hang his picture in Tahrir with an 'X' across it," he added.

Protests in Tahrir swelled on Saturday as supporters of Shiite cleric Moqtada Sadr returned to the streets.

Sadr controls parliament's largest bloc and many ministerial posts, but he backed the protests when they erupted in October and his supporters were widely recognised as the best-organised demonstrators.

Sadrists in the streets

A week ago, he appeared to rethink his support for the protest movement and his hard-core backers dismantled their tents in protest camps across the country.

Within hours of the Sadrists withdrawing, riot police moved in to burn or tear down protest camps and around a dozen demonstrators were killed, medics and police said.

But on Friday he seemed to flip again, calling for his backers "to renew the peaceful, reformist revolution".

They flooded in the streets on Saturday afternoon, setting up tents in Tahrir with portraits of Sadr and blaring music praising him.

The violence dropped markedly, too.

"Since the Sadrists came back, we've implemented a sort of ceasefire and haven't fired tear gas at protesters," a member of the security forces told AFP near Tahrir Square, the main protest camp in the capital.

More than 480 people have died in protest-related violence since October, the great majority of them demonstrators killed by live rounds or military-grade tear gas canisters.

Their portraits, marked with large "X"s over their faces, were hanging in the square along with a big blue poster calling for the United Nations to intervene in the crisis.

The top UN official in Iraq Jeanine Hennis-Plasschaert has pushed throughout the week for progress, tweeting on Friday that solutions were "urgently needed" to "break the political deadlock".

And the country's top Shiite cleric Grand Ayatollah Ali Sistani piled on the pressure on Friday, saying Iraq must "accelerate the formation of a new government".

"It is imperative to speed up holding early elections so that the people will have their say," he said.