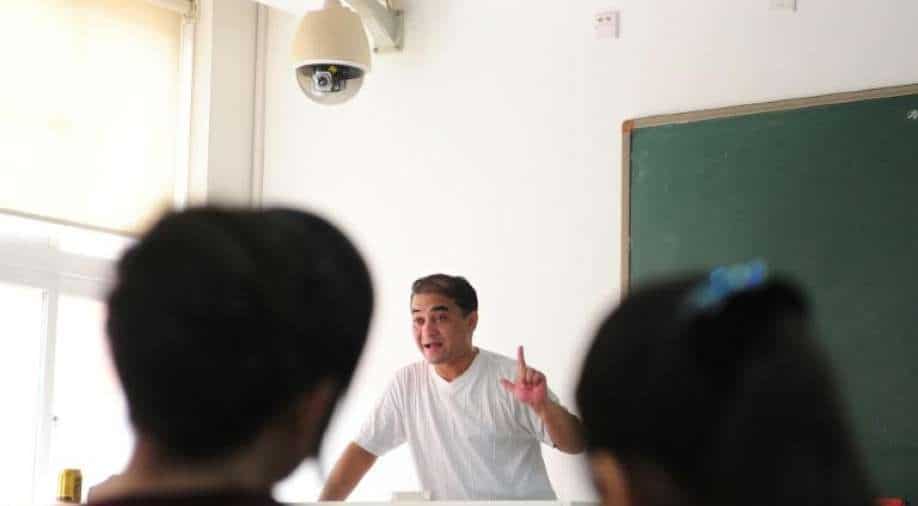 Since 2019, China says it has invited foreign diplomats and UN human rights chief Michelle Bachelet to visit Xinjiang, where rights groups allege more than one million Uighurs and other Muslim minorities are detained in internment camps.

A visit by European Union ambassadors to the Xinjiang region of China has stalled over their request for access to jailed Uighur academic Ilham Tohti, a diplomatic source confirmed Wednesday.

Since 2019, China says it has invited foreign diplomats and UN human rights chief Michelle Bachelet to visit Xinjiang, where rights groups allege more than one million Uighurs and other Muslim minorities are detained in internment camps.

A European diplomat told AFP it was because the mission wants to visit Tohti, a Uighur economist jailed for life on separatism charges in 2014.

"Negotiations are in a stalemate because of Tohti and other conditions," the diplomat said. "I don't think they are going soon."

China's ambassador to the European Union, Zhang Ming, on Tuesday said "almost everything had been arranged" for EU member states' ambassadors to visit Xinjiang.

But it had snagged on "unacceptable requests," he added.

"They insist on a meeting with one criminal convicted by Chinese law," he said. "This is unacceptable, I'm so sorry."

China strongly denies allegations of abuse involving Uighurs in Xinjiang and says all inmates have "graduated" from "vocational training centres", which it claims have helped stamp out extremism in the region and raise incomes.

A delegation of three EU officials who took part in a carefully organised Xinjiang visit in January 2019 previously said they believed the people they met in a "training centre" were reciting a dictated speech.

Zhang added that Chinese Foreign Minister Wang Yi extended an invitation to Bachelet on March 7, after she called for an "independent and comprehensive assessment of the human rights situation" in Xinjiang late February.

He insisted that Xinjiang is "open to foreign diplomats, journalists and tourists."

All foreign journalists face extensive harassment and surveillance from Chinese authorities when attempting to report from Xinjiang over the past year, according to the Foreign Correspondents' Club of China.