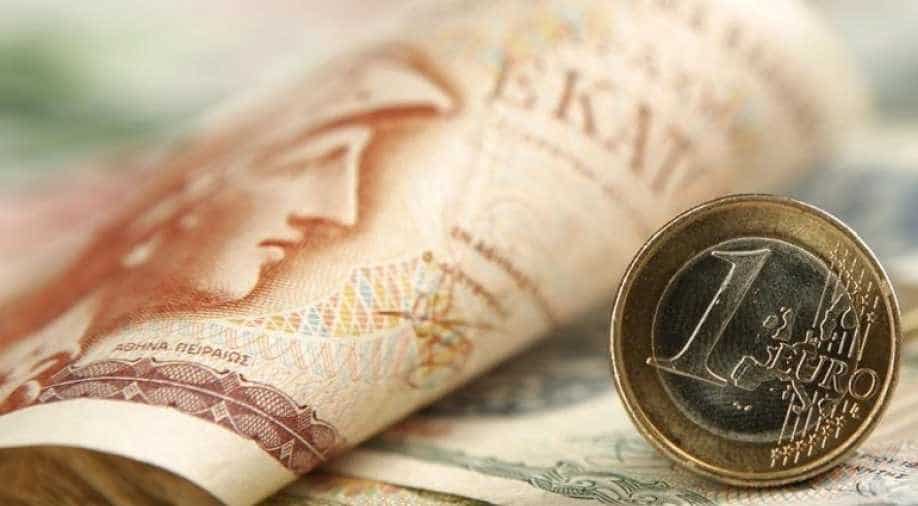 A one Euro coin is displayed on Greek Drachma banknote in this picture illustration Photograph:( Reuters )

The European Union states decided on Monday to close disciplinary procedures against Greece over its excessive deficit after improvements in Greece's fiscal position, confirming the country's recovery is on the right track.

The move, although largely symbolic, sends a new signal that Greece's public finances are again under control, facilitating the country's plans to tap markets after a successful issue of bonds in July which ended a three-year exile.

EU fiscal rules oblige member states to keep their budget deficits below 3 per cent of their economic output or face sanctions that could entail hefty fines, although so far no country has received a financial penalty.

Greece had a 0.7 per cent budget surplus in 2016 and is projected to maintain its fiscal position within EU rules' limits this year.

"In the light of this, the Council (of EU states) found that Greece fulfils the conditions for closing the excessive deficit procedure," the EU said in a note.

The EU states' decision confirmed a proposal by the EU executive commission in July to end the disciplinary procedure for Greece.

The economics commissioner Pierre Moscovici said the decision was "a recognition of the tremendous efforts and sacrifices the Greek people have made to restore stability to their country’s public finances."

But he stressed that Greece still needs to positively exit its bailout programme which ends in August after a third review of the country's reforms by international creditors.

"There needs to be constructive cooperation between all institutions and the Greek authorities to ensure a smooth and swift conclusion of the third review, with no unnecessary drama," Moscovici said.