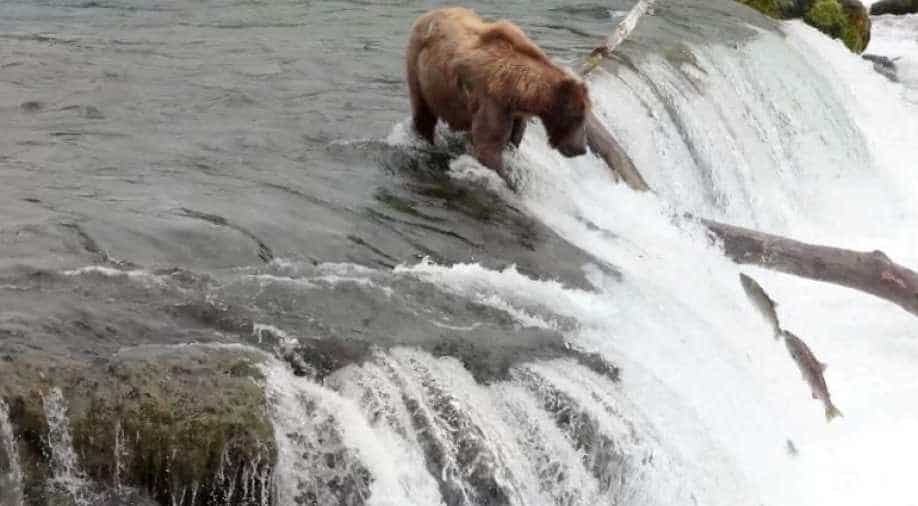 The highly controversial hunting techniques — which also include using dogs to track bears, and shooting swimming caribou from motorboats — have been fiercely criticized by environmentalists, but long employed by indigenous peoples to subsist.

Luring bears with bait including bacon and doughnuts, using flashlights to blind prey and shooting wolf pups in their dens will become legal across Alaska Thursday under a new federal law rolling back bans introduced under the Obama administration.

The highly controversial hunting techniques -- which also include using dogs to track bears, and shooting swimming caribou from motorboats -- have been fiercely criticized by environmentalists, but long employed by indigenous peoples to subsist.

Under then-President Barack Obama, the National Park Service (NPS) in 2015 prohibited the practices on national preserves in Alaska.

Alaskan hunters and local officials challenged the ban at the time, arguing it encroached on the way of life of the state's residents and hurt their ability to feed their families.

"Living off the land is a critical component of rural Alaska lifestyle," Eddie Grasser, director of wildlife conservation for the Alaska Department of Fish and Game, told the New York Times last month.

The controversial practices are rarely used by recreational hunters but used primarily in remote communities, he said.

But naturalists and animal rights groups have slammed the Trump administration's decision to scrap the bans, accusing the White House of sacrificing species conservations for economic interests and the hunting lobby.

"The Trump administration has shockingly reached a new low in its treatment of wildlife. Allowing the killing of bear cubs and wolf pups in their dens is barbaric and inhumane," said Jamie Rappaport Clark, president and CEO at Defenders of Wildlife.

Congress in April 2017 already lifted a ban on hunting bears in Alaska from a helicopter or aeroplane.

Earlier this year the pro-hunting US-based Safari Club, which campaigned for the bans to be lifted, offered an Alaskan hunting expedition with Donald Trump Jr as top prize in a fundraising lottery.