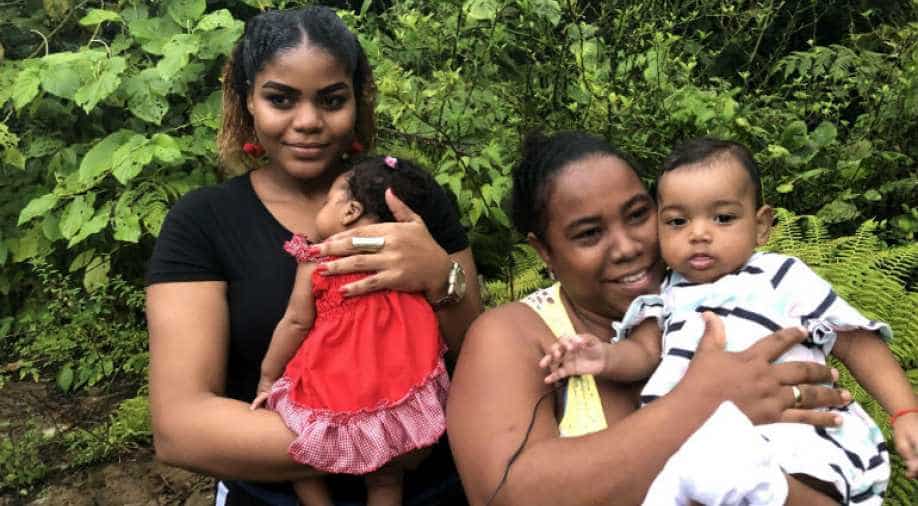 Young Colombians Yorladys Jimenez (right) and Elsy Palacios (left), who belonged to the FARC when it was an insurgency and are now members of the political party that succeeded it. Photograph:( Agencia EFE )

Despite the peace accord, FARC veterans find it "very hard" to win acceptance from their compatriots.

Two years after the signing of the peace accord in Colombia, the reinsertion into society of former FARC guerrillas is difficult and complicated, though the female former rebels are organizing to forge ahead with what they call gendered projects.

Such is the case of Yorladys Jimenez and Elsy Palacios, who belonged to the FARC when it was an insurgency and are now members of the political party that succeeded it, which likewise goes by the acronym FARC.

Both live in Quibdo, capital of the western province of Choco, one of the regions hardest hit by poverty and the more than five decades of armed conflict that formally ended Nov. 24, 2016.

Since then, Choco has become one of the provinces that the Spain-based Catholic charity Manos Unidas has prioritized for developing projects focused on aiding Afro-Colombians, indigenous people and small farmers.

Many of the former combatants seek their reintegration in rural communities - the one where Yorladys and Elsy live is La Troje, which was founded more than 400 years ago and is one of the oldest in Choco.

Her role, she said, "wasn't active," but rather she lent a hand "when they needed help in meetings and things like that."

She now works with another 34 women on programs that they themselves have taken on because, she said, "the conflict has begun again" and women "are being subjugated by men."

But "the reinsertion has been a little complicated because a lot of things were promised in the peace process that haven't been done yet," Elsy says.

Yorladys, 31, wanted to "follow the path" of an older sister who joined the guerrillas and who, unlike her sibling, did not operate "in the ranks" of the FARC, but was always involved "on the political side."

Despite the peace accord, FARC veterans find it "very hard" to win acceptance from their compatriots, she said.

Early this year, when Yorladys was pregnant, a group of armed men assaulted the local FARC party headquarters, but "thank God no one was hurt, they just made off with some of our belongings."

Now Yorladys is dedicated to "organizing women to work on projects," the most immediate being a refrigerated room to keep fish and meat "for the poorest neighborhoods in the northern region."

Her husband, Antonio Angulo, belonged to the FARC's 34th front. Two years after the signing of the peace accord, he celebrates "having initiated negotiations with the Colombian government, because prolonging the war would have meant many more deaths."