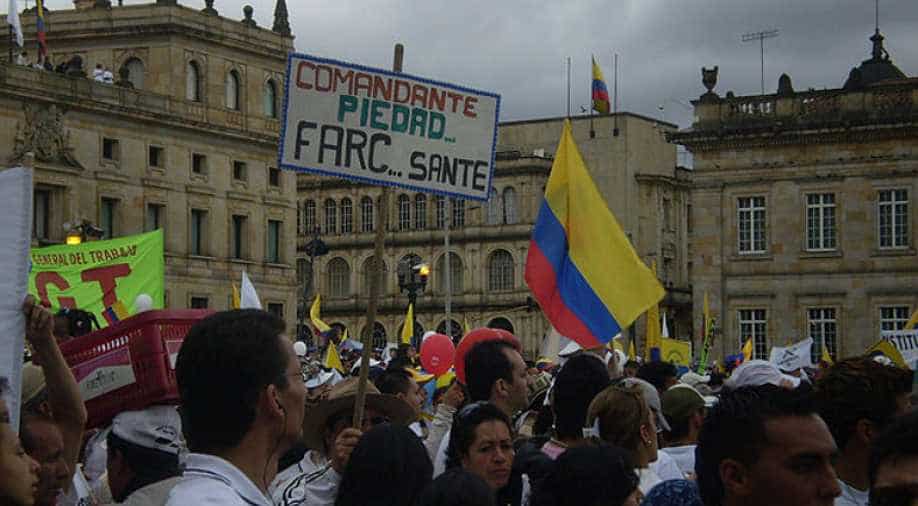 The accord seeks to end a 52-year-old armed conflict between the FARC and the state. Photograph:( Others )

Colombia's Senate has approved a revised peace accord between the government and the FARC rebel group, taking a first step toward ratifying an agreement that was rejected by voters.

The text, which was renegotiated after an earlier version was given a thumbs down in the October 2 national referendum, now must be approved by the lower house of the Colombian Congress.

Members of the Centro Democratico, the right-wing party that has led the opposition to a peace deal, walked out of the Senate in protest before Tuesday night's vote.

The accord seeks to end a 52-year-old armed conflict between the FARC -- Colombia`s largest leftist guerrilla group -- and the state.

Colombian voters, however, wary of a deal that goes easy on rebel leaders, dealt an unexpected blow to the process when they voted against it.

The sides returned to the negotiating table in Havana and produced a new version that President Juan Manuel Santos insists takes into account the opposition`s objections.

Rather than risk rejection in another referendum, Santos, who won the 2016 Nobel Peace Prize, decided to submit the revised accord to the Congress for approval.

Uribe has insisted, for instance, that FARC leaders should not be allowed to run for office while still serving sentences for atrocities.

He demands any new accord be passed by referendum.

The conflict has killed at least 260,000 people and displaced seven million, according to authorities.