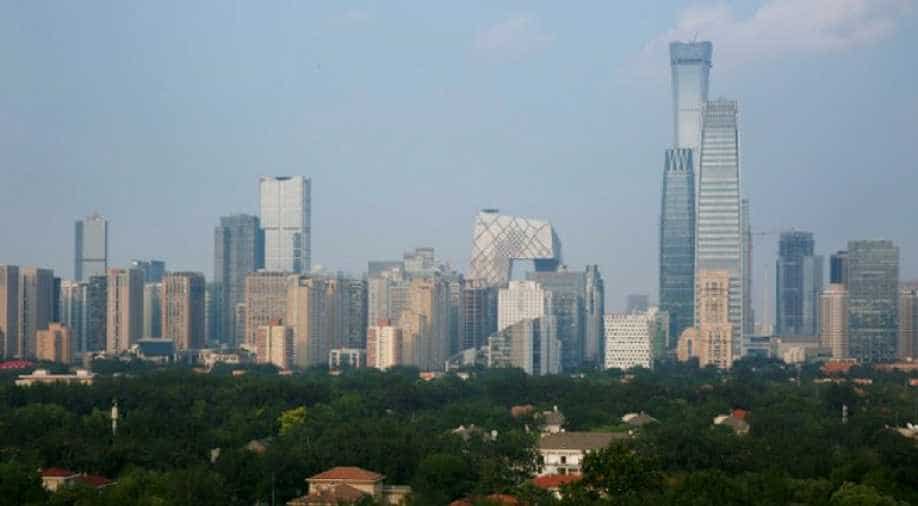 China's capital city Beijing has pledged to improve air quality this year but did not commit to a specific target, suggesting the country's air-pollution campaign is stalling as the easily attainable measures have already been taken.

Average concentrations of PM2.5, or particulate matter that measures 2.5 microns, in 2018 fell 12.1 per cent from 2017 to 51 micrograms per cubic metre, as a result of its stringent push to trim coal consumption and to clear out polluting plants.

PM2.5 is a closely monitored air pollutant because its small size allows the particles to lodge deep in the lungs.

The World Health Organization recommends an air quality standard for PM2.5 of no more than 10 micrograms per cubic metre.

The Beijing government said it will target emissions from vehicles, the biggest PM2.5 source in the city, construction sites and manufacturing plants in 2019.

However, the Ministry of Ecology and Environment (MEE) warned in a news briefing last month that "emission cuts in Beijing itself will be not enough to support a large scale of PM2.5 cuts".

The ministry reckons Beijing will also need to reduce external impacts from other regions, in particular from the coal-mining hub of Shanxi and Shaanxi provinces.

"In a word, Beijing's target this year is to maintain current (anti-smog) achievements...Public should be prepared to see a rising PM2.5 reading if there is adverse weather condition," Liu Bingjiang, the head of the atmospheric environment department at the MEE, said at the briefing.

Average PM2.5 level in Beijing was 52 micrograms per cubic metre in January, up 52.9 per cent from a year ago, according to the MEE data.

The city also aims to improve its water quality and tackle soil pollution in 2019 by improving the efficiency of fertiliser usage in rural area and tightening heavy-metal disposal standards, according to the government statement.