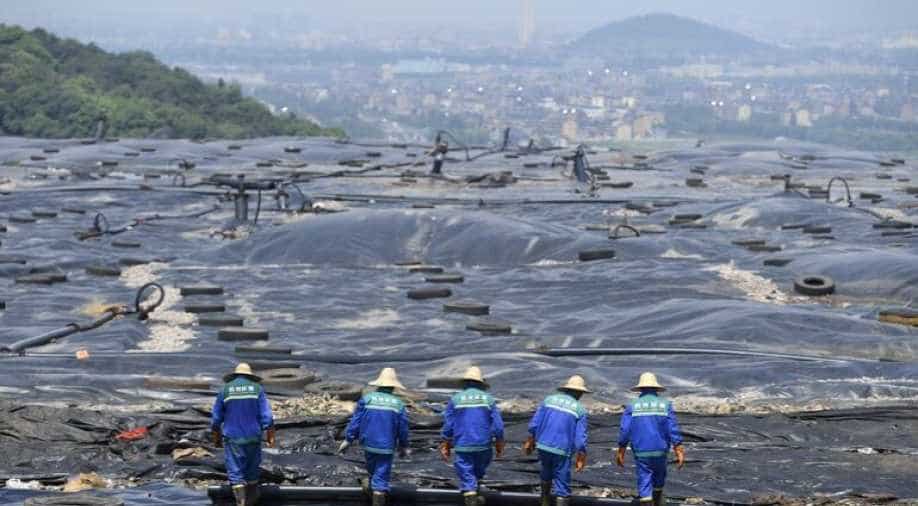 The strategy comes as China enters its sixth year of an aggressive clampdown on pollution in a bid to cut the smog that envelops many cities during the winter months when homes and businesses crank up the heating.

China's Ministry of Ecology and Environment (MEE) on Friday said that the anti-pollution campaign for this year's autumn-winter heating season will set stricter emissions targets for cities that had higher concentrations of damaging particles the last time around.

Cities that met pollution targets last year will be exempt from targets this year, MEE spokesman Liu Youbin said, speaking at a briefing in the capital.

The strategy comes as China enters its sixth year of an aggressive clampdown on pollution in a bid to cut the smog that envelops many cities during the winter months when homes and businesses crank up the heating.

The ministry didn't provide details on precise levels for concentrations of PM 2.5 (lung-damaging particles of less than 2.5 microns in diameter) that will be set for the cities that did not meet last year's targets. But preferential treatment for cities that performed well is a part of China's efforts to put an end to what it calls "one-size-fits-all" measures.

According to a draft for the Key Smog Control Zone of Beijing-Tianjin-Hebei circulated on industry websites, the target for the capital itself is zero growth in emissions from last year. The remaining 27 cities will be expected to cut concentrations of PM 2.5 by 1% to 11%, or an average of 5.5% during the 2019-2020 autumn-winter season.

Even a cut of 11% will not be enough to offset the increase in pollution in some cities last year.

Ministry spokesman Liu did not comment directly on details but said that the ministry had already sent a draft to local governments to solicit their opinions.

Reuters calculations based on official data showed that only four out of the country's 28 key pollution control cities in northern China met their targets last year, including Beijing, Changzhi, Jincheng, and Jining.

Cities likely to be given even more stringent targets this winter include Langfang, Baoding, Zhengzhou, and Anyang, all of which saw double-digit percentage growth in PM 2.5 last winter.

Official data shows air quality in August was better than last year, with average PM 2.5 readings falling 13% to an average of 27 micrograms per cubic metre in the key 28 cities in northern China. However, over the eight months, concentrations rose by 1.8% to 56 micrograms, more than the national standard of 35 micrograms.

China's central government will not set overall output restrictions on heavy industry for the coming winter but will direct local governments to impose limits based on manufacturers' emissions, the environment ministry had said in July.