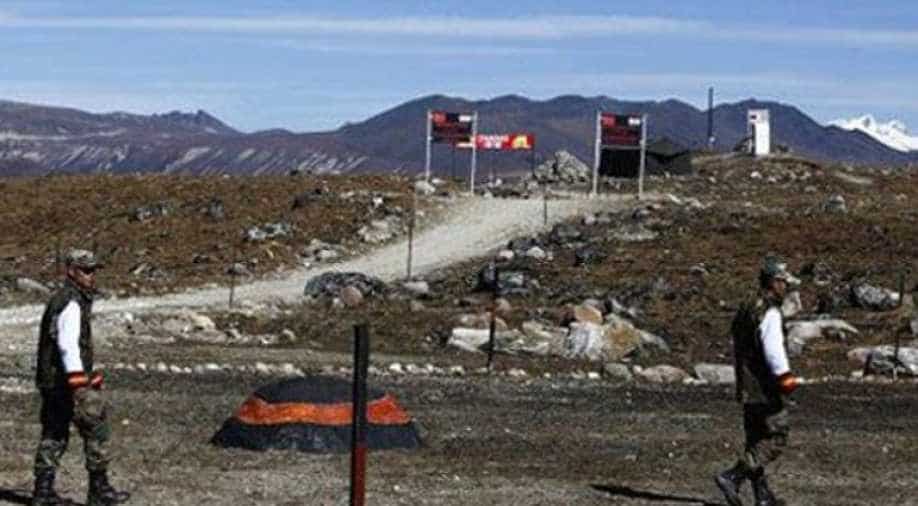 'But the Indian side not only has not taken any actual steps to correct its mistake, it has concocted all sorts of reasons that don't have a leg to stand on, to make up excuses for the Indian military's illegal crossing of the border,' China said. Photograph:( WION Web Team )

China accused India on Wednesday of "concocting" excuses over the illegal entry of the South Asian nation's military into Chinese territory on their disputed border, adding that China had shown great restraint.

The stand-off on a plateau next to the mountainous Indian state of Sikkim, which borders China, has ratcheted up tension between the neighbours, who share a 3,500-km (2,175-mile) frontier, large parts of which are disputed.

Early in June, according to the Chinese interpretation of events, Indian guards crossed into China's Donglang region and obstructed work on a road on the plateau.

The two sides' troops then confronted each other close to a valley controlled by China that separates India from its close ally, Bhutan, and gives China access to the so-called Chicken's Neck, a thin strip of land connecting India and its remote northeastern regions.

India has said it warned China the road construction would have serious security implications.

In a statement, China's Foreign Ministry said the Indian military was still in Chinese territory, and that China had acted with a great deal of restraint, demanding that India withdraw its forces.

"But the Indian side not only has not taken any actual steps to correct its mistake, it has concocted all sorts of reasons that don't have a leg to stand on, to make up excuses for the Indian military's illegal crossing of the border."

The Chinese ministry reiterated that the border had been agreed in 1890 by the governments of China and Britain, India's colonial ruler until 1947, and later with the Indian government.

"India's actions are not only a serious encroachment of Chinese territory, but a challenge to regional peace and stability and normal international order", it added.

Indian officials say about 300 soldiers from either side are facing off from each other about 150 metres apart on the plateau.

They have told Reuters that both sides' diplomats have quietly engaged to try to ensure the standoff does not escalate and that India's ambassador to Beijing is leading the effort to find a way for both sides to back down from confrontation without losing face.