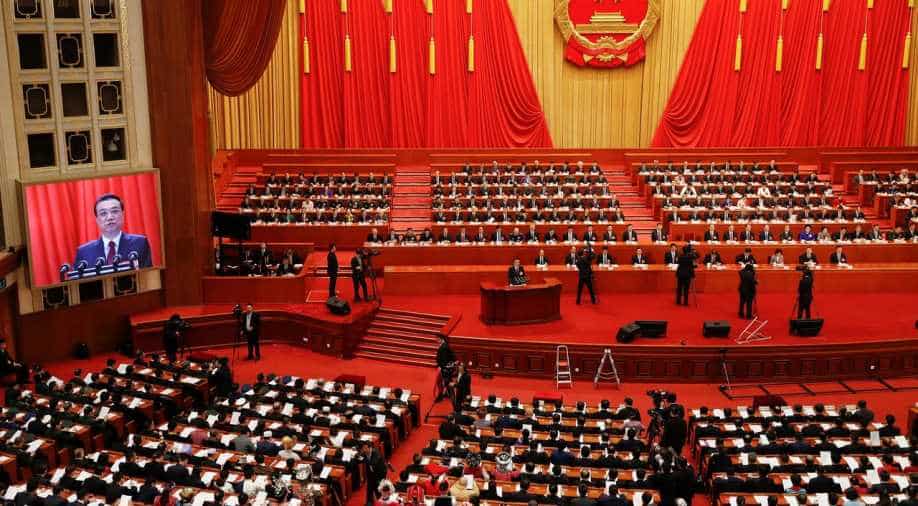 The National People's Congress (NPC) session with about 2,900 members began this morning at the Great Hall of People amid unprecedented security in the backdrop of the coronavirus pandemic which has killed 4,634 people in China, majority of them in Wuhan where the deadly virus emerged in December last year, and infected.

China kicked off its much-delayed annual parliament session on Friday with the government, in a rare move, did not set any specific target for this year's GDP. It cited uncertainties arising out of the coronavirus pandemic, slowdown of the Chinese and global economies and the decline in international trade as the reasons.

For years, China, the second-largest economy in the world, followed the custom of setting an annual target for its economic growth and strived to achieve it.

But with coronavirus pandemic virtually halting production for nearly three months amid a Cold War-like situation with the US besides a continued trajectory of economic slowdown, the ruling Communist Party of China (CPC) has decided to set itself free from rigid, regulatory targets, according to officials.

The National People's Congress (NPC) session with about 2,900 members began this morning at the Great Hall of People amid unprecedented security in the backdrop of the coronavirus pandemic which has killed 4,634 people in China, majority of them in Wuhan where the deadly virus emerged in December last year, and infected.

As of Thursday, the overall confirmed COVID-19 cases in China had reached 82,971, including 82 patients who were still being treated in hospitals, according to China''s National Health Commission (NHC).

It was very easy to distinguish the leadership -- they did not wear any masks. Chinese President Xi Jinping, Premier Li along with top leaders of the ruling Communist Party of China (CPC) attended the meeting without wearing masks, while 2,897 members who were present wore the masks.

China has opened up almost all parts of the country after the virus outbreak and is currently holding the annual parliament session. It was due to be held in the first week of March but was postponed due to the coronavirus crisis.

The attendees paid a silent tribute to people who died fighting COVID-19 and those who lost their lives in the pandemic.

All those who attended the meeting needed to go through COVID-19 tests before getting permission to attend it. Journalists who were allowed to attend the meeting, needed to undergo tests. They waited for six hours for results and were permitted if they tested negative.

The meeting took place amid concerns over the slowdown of China's economy which contracted to 6.8 per cent in the first quarter, the first time since 1976, due to the coronavirus lockdowns and its impact on business in the world's second-largest economy.

Another topic of discussion was the national security law that China intends to impose on Hong Kong. China has, for several years, expressed frustration over what it sees as a weak national security regime in the freewheeling city. It is now determined to thwart the so-called threats of terrorism, independence, subversion of state power, and interference by foreign forces.

The Basic Law gives Beijing the power to annex national laws into the document - which the local government must then legislate for or effectively impose by executive fiat.