China getting decimated because companies leaving them: Trump 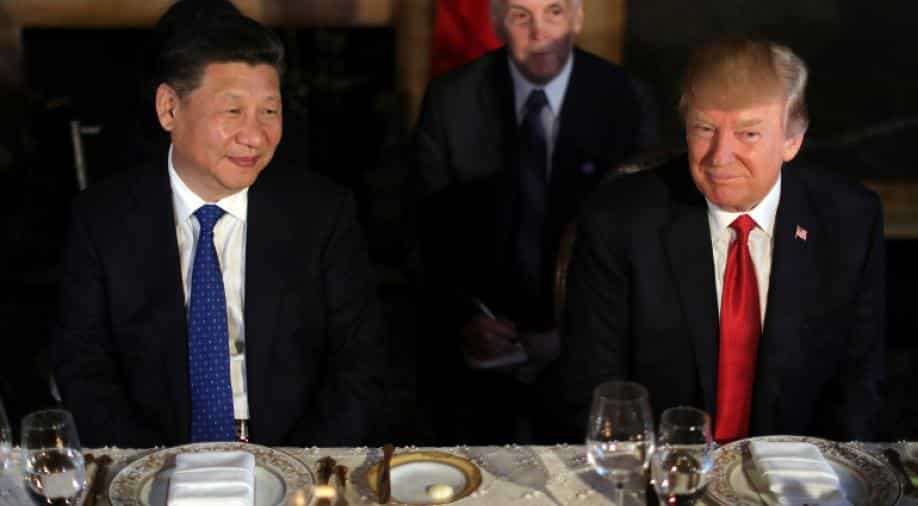 Trump has imposed additional tariffs on Chinese products worth $200 billion and he has ordered for another round of tariffs on rest of the Chinese imports amounting to $300 billion.

US President Donald Trump said China will be left with no other option but to enter into a trade deal with the United States because his increased tariffs on Chinese products is having an impact on its economy.

"The China deal is going to work out. You know why, because of tariffs, because right now China is getting absolutely decimated by companies that are leaving China going to other countries, including our own, because they don't want to pay the tariffs," Trump told CBS news in an interview.

In recent months, Trump has imposed additional tariffs on Chinese products worth $200 billion and he has ordered for another round of tariffs on rest of the Chinese imports amounting to $300 billion.

"China will subsidise their product because they want to keep people working. So China is going to pay a lot. We have put 25 percent on $250 billion of Chinese goods coming into our country, including $50 billion of high-technology equipment and things," he said.

"You haven't seen any or virtually any price increase because what China does basically their companies - they subsidise their companies because they want to keep people working. They want to stay competitive. We have another $300 billion to go with China," he said.

"I haven't done that because it's a very big thing for them, not for us. For us it's not going to matter because we'll be able to buy the product in other countries that don't have the tariffs. So it's not going to have an effect," said the US president.

Later in the day, Trump told reporters that he will meet Chinese President Xi Jinping in Japan later this month on the sidelines of the G-20 Summit. Some reports say that Xi might skip the G-20 summit.

"I think President Xi of China -- great relationship with him -- I think he'll be there. We are scheduled to talk and to meet. I think interesting things will happen. Let's see what happens," he said in response to a question.

"We always have the option to raise it another $300 billion at 25 per cent. And the 25 per cent could be much higher than 25 per cent," he asserted.