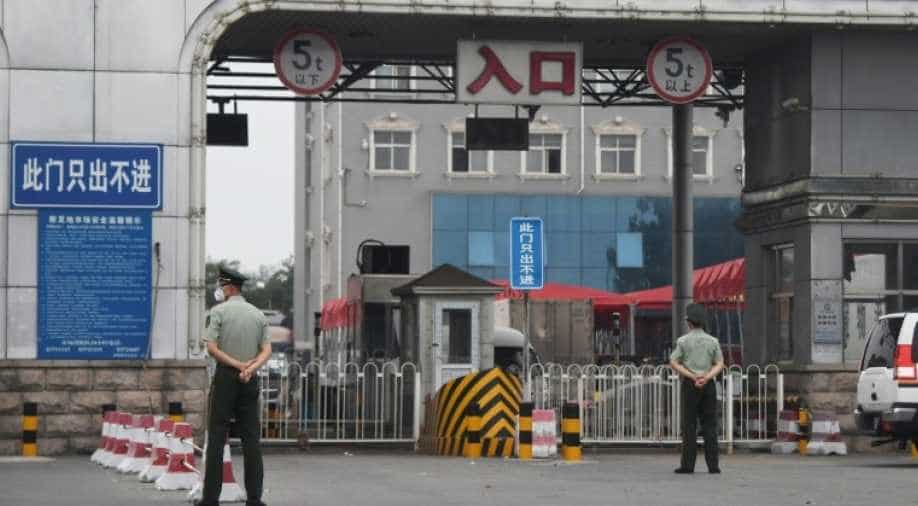 Ma Jianguo was driving with friends to a village in rural Yunnan for a karaoke party when he came to a barricade blocking his path.

A Chinese man who stabbed to death two people at a coronavirus travel checkpoint was executed Thursday, the Supreme People's Court said.

Ma Jianguo was driving with friends to a village in rural Yunnan for a karaoke party when he came to a barricade blocking his path.

One member of the group tried to remove the barrier, sparking a dispute with people manning it.

Ma, aged 24, then stabbed two checkpoint volunteers several times in the abdomen, killing them, the court said in a posting on its official social media account.

At the time of the killings in February tens of millions of Chinese were under complete lockdown at home as the country grappled with a worsening coronavirus outbreak.

"During a grade-one major public health emergency response in Yunnan province, Ma Jianguo refused to abide by epidemic prevention and control policies, as well as traffic control measures," a ruling on the court's website said.

Since the coronavirus epidemic erupted late last year in the central city of Wuhan, China has charged hundreds of people with offences related to the crisis.

They include spreading "rumours" about the contagion, concealing an infection, and not complying with epidemic prevention guidelines.

Ma's execution is believed to be the first carried out for an epidemic-related offence.

In Beijing alone, 113 people have been charged with epidemic-related crimes since a fresh outbreak emerged in early June, officials said this week.

Chinese authorities have used the vague "rumour-mongering" charge to silence whistle-blowers, including Wuhan doctor Li Wenliang, who alerted colleagues to the virus in late December but was reprimanded by local authorities along with seven others.

Li later died of the disease.