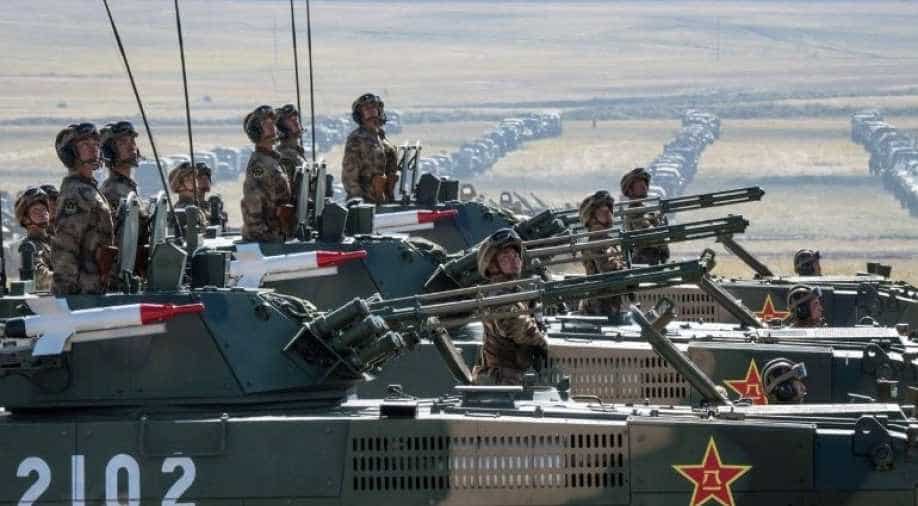 China, which claims democratic Taiwan as its own, has stepped up military activities near the island, in what Taiwan views as intimidation to force it to accept Chinese rule.

China has defended its military drills near Taiwan's southwest coast last week by saying they were a "necessary action" to protect the country's sovereignty, after Taiwan complained the large-scale air and naval exercises were a serious provocation.

China, which claims democratic Taiwan as its own, has stepped up military activities near the island, in what Taiwan views as intimidation to force it to accept Chinese rule.

Multiple #PLA aircraft have violated #Taiwan's ADIZ over the past 2 days. This is a threat against the country & regional peace. We condemn #China & call on the international community to remain alert. Make no mistake: We'll stand tall & not be intimidated. JW https://t.co/pZZigCLCbA

"The relevant combat training activities by the People's Liberation Army were a necessary action aimed at the current security situation in the Taiwan Strait and to safeguard national sovereignty," Ma told a news conference.

In an apparent reference to the United States, Taiwan's main arms supplier and strongest international supporter, Ma said the drills were also aimed at "the interference of foreign forces" and Taiwan independence activities, not Taiwan's people.

Taiwan's government was allowing anti-China, Western forces to "play the Taiwan card" and become a pawn in stopping China's development, stirring up enmity between the two sides of the strait and seeking Taiwan's independence, Ma said.

"They continue to provoke and are threat-makers and trouble-makers," he said.

Taiwan President Tsai Ing-wen, who has warned of the risk of accidental conflict because of the increasing military activities, says the island is already an independent country called the Republic of China, Taiwan's formal name.

The Pentagon also expressed concern about China's drills last week. The United States has been carrying out its own military activity near Taiwan, including regular warship sailings through the Taiwan Strait.