Chastened Trudeau to reach out to opponents after Canada election blow, rules out coalition 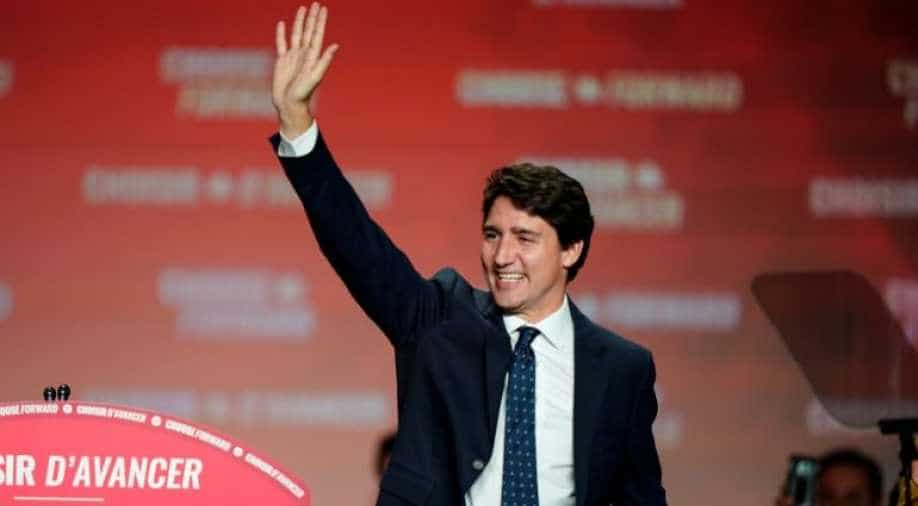 The ruling Liberals lost their parliamentary majority in Monday's vote and must now rely on other parties to govern.

A chastened Canadian Prime Minister Justin Trudeau, whose grip on power was weakened after an election this week, said on Wednesday he would reach out to his opponents but ruled out any kind of coalition government.

The ruling Liberals lost their parliamentary majority in Monday's vote and must now rely on other parties to govern. A top Trudeau ally lost his seat and the Liberals were wiped out in two western provinces, putting more strain on national unity.

"Canadians gave me a lot to think about on Monday night. ... I am going to take the time necessary to really reflect on how best to serve Canadians," Trudeau told a news conference.

His tone was notably more muted than it had been on Monday when he triumphantly told supporters he had been given a new mandate to pursue priorities such as climate change.

Liberal officials say Trudeau will seek support in parliament on a case-by-case basis, most likely from the left-leaning New Democrats, and should easily survive for two years.

"I can tell you it is not in our plans at all to form any sort of formal or informal coalition," said Trudeau, adding he would reach out to all party leaders in the coming weeks.

The Liberals, despite losing the popular vote to Andrew Scheer's Conservatives, ended up with more seats than any other party. The New Democrats, their most likely partners, are likely to demand action on a list of priorities such as increased social spending.

Trudeau, speaking to reporters for the first time since the election, said he would present his new Cabinet on Nov. 20 and promised that a middle-class tax cut would be the first order of business. He did not say when he might convene parliament.

Trudeau promised to address the concerns of the country's western oil patch, in particular, the provinces of Alberta and Saskatchewan. The Liberals lost every single legislator in both provinces, including Public Safety Minister Ralph Goodale, one of the top performers in Trudeau's Cabinet.

In a bid to assuage western anger, Ottawa last year bought the Trans Mountain crude pipeline that runs from Alberta to the Pacific province of British Columbia and promised to push through a planned expansion.

Environmentalists and indigenous groups have launched repeated legal challenges against the project.

"We will be continuing with the Trans Mountain pipeline expansion," said Trudeau.

Next year's budget "will be a key signal for whether the new parliamentary makeup will lead to greater spending pressures and an increased federal deficit," it added.