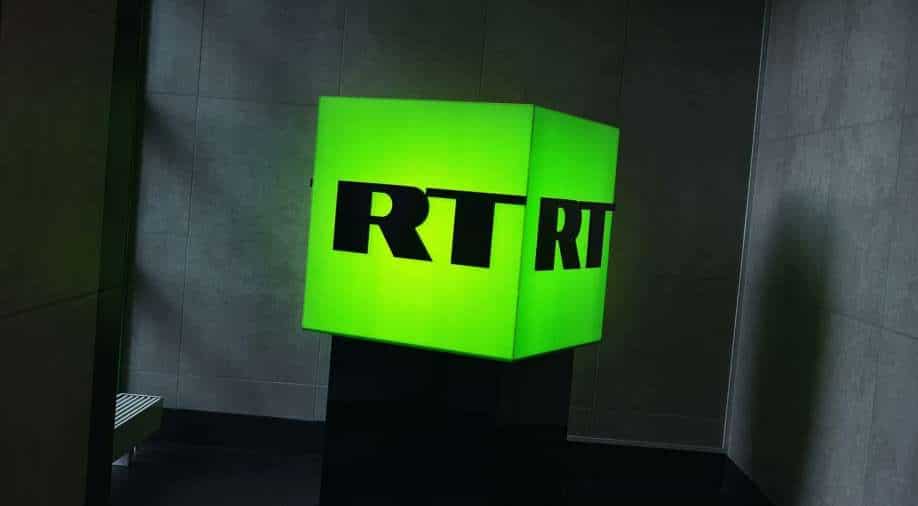 The move to take the station off the airwaves came days after Russia invaded Ukraine, sparking the biggest security crisis in Europe since the Cold war ended

The move to take the station off the airwaves came days after Russia invaded Ukraine, sparking the biggest security crisis in Europe since the Cold war ended.

Regularly accused of contributing to disinformation, RT is in the crosshairs of several Western nations, which accuse it of being a Kremlin mouthpiece.

A spokeswoman for Bell, one of Canada's biggest TV providers, told AFP: "Since February 27, RT is no longer available on Bell channels."

And Rogers tweeted: "We have made the decision that effective tomorrow, Russia Today will no longer be available on our channel lineup."

Another TV operator, Telus, said it too would drop RT, as did Shaw Communications.

"Russia has been conducting warfare in Ukraine since 2014 and information warfare across the world," he wrote on Twitter.

"RT is the propaganda arm of (Russia President Vladimir) Putin's regime that spreads disinformation. It has no place here."

All four companies also said in online statements that they would waive long-distance fees for calls from Canada to Ukraine until the end of March, for customers who wanted to check on loved ones in the Kremlin-threatened country.

More and more countries have disconnected RT in recent weeks.

On Sunday, the President of the European Commission Ursula von der Leyen announced RT and fellow state media outlet Sputnik would be banned from the European Union, to prevent them from spreading their "lies" about the war.

Commissioned in 2005 as "Russia Today", state-funded RT has grown with broadcasters and websites in multiple languages, including English, French, Spanish, German and Arabic.