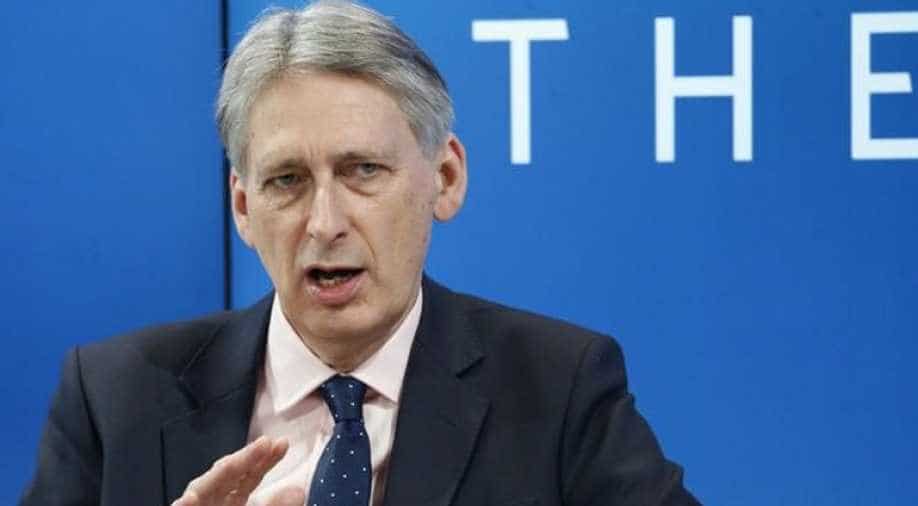 Britain is expected to start negotiating a two-year long exit route out of the European Union beginning March this year. Photograph:( Reuters )

Britain will continue to follow the European Union (EU) trade rules until it remains a member of the bloc, Britain's finance minister, Philip Hammond, said.

He was responding to a question on Theresa May's visit to United States where she is expected to hold a meeting with her counterpart, President Donald Trump, drawing up a free trade deal that will link the two countries once the UK exits the European Union.

Theresa May will hold talks with Trump in a few hours from now where she is expected to lay the roadmap for the bilateral trade deal between the two countries.

"Of course we want to strengthen our trade ties with the very many trade partners we have around the world. But we are very mindful of our obligations under the treaty and will follow them precisely," Philip Hammond told reporters arriving at a meeting of EU finance ministers in Brussels, Reuters reported.

May's visit has created a furore among EU members as negotiating independent trade deals outside of the 27-member bloc would amount to a violation of EU treaties.

On Wednesday, European Union's chief Brexit negotiator Michel Barnier said that Britain was free to "discuss" its trade ties with the US but it remains bound by EU treaties as long as it is a part of the bloc, AFP reported.

Britain is expected to start negotiating a two-year-long exit route out of the bloc beginning March.