Blinken discusses transit of US citizens from Afghanistan with Qatar's Emir 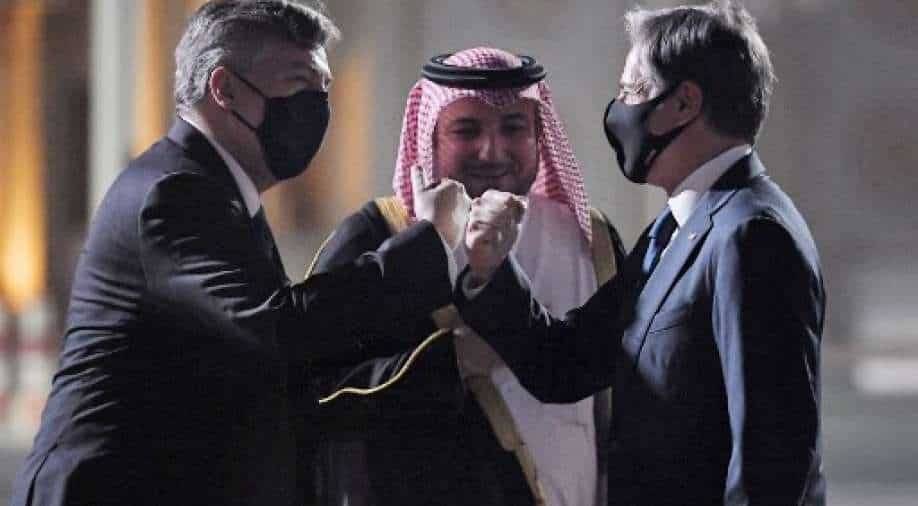 The US is seeking support for the evacuation of Americans and "at-risk" Afghans left behind in Afghanistan.

Qatar's ruling Emir and the visiting US secretaries of state and defense discussed developments in Afghanistan and efforts to enhance security there, the Emir's court said on Monday.

Sheikh Tamim bin Hamad al-Thani received US Secretary of State Antony Blinken and Secretary of Defense Lloyd Austin after their arrival in Doha earlier in the day.

The visit came as Washington sought support for the evacuation of Americans and "at-risk" Afghans left behind in Afghanistan after the Taliban takeover and for building a consensus among allies on how to respond to the Taliban.

State Department spokesman Ned Price said in a statement Blinken and Austin thanked al-Thani "for Qatar’s extraordinary support in facilitating the safe transit of US citizens, our partners, and other Afghans at-risk."

Price added they discussed other "bilateral issues and initiatives to promote regional security and prosperity."