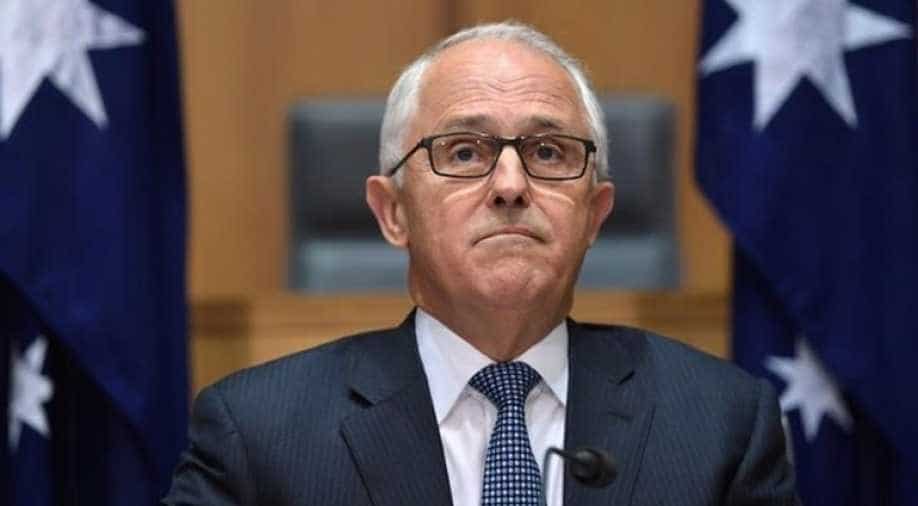 Australian Prime Minister Malcolm Turnbull listens to a question during a news conference after a meeting of the Council of Australian Governments (COAG) at Parliament House. Photograph:( Reuters )

Besieged Australian Prime Minister Malcolm Turnbull's leadership looked doomed on Thursday after three of his senior ministers announced they had tendered their resignations and called for a second leadership vote.

The ministers, who supported Turnbull in a leadership ballot on Tuesday against former home affairs minister Peter Dutton, said they had changed their position and now backed Dutton.

Turnbull only won the Tuesday contest by seven votes. Dutton on Thursday publicly called for another leadership vote.

Finance Minister Mathias Cormann, Turnbull's key cabinet supporter who tendered his resignation, said he now believed that Dutton was the best person to lead the conservative government to the next election, due by May 2019.

"I can't ignore reality," Cormann said as he announced he was withdrawing support for Turnbull, adding five other ministers who voted for Turnbull on Tuesday had told him they were changing sides.

"I can't ignore the fact that a majority of colleagues in the Liberal Party... are of the view that there should be a change," he said.

Turnbull is unlikely to contest a second leadership ballot, Australian media reported on Thursday, making way for Treasurer Scott Morrison as a surprise challenger for the top job.

Morrison has been a Turnbull supporter, but has reportedly long-held ambitions on the prime ministership.

Turnbull came to power in a party-room coup in September 2015 over former premier Tony Abbott, who also survived an internal leadership contest before his eventual defeat.

A social liberal and multi-millionaire former merchant banker, Turnbull rode an early wave of popular support but he has struggled to appeal to conservative voters and only narrowly won an election in 2016.

Australia's continued political instability has fuelled anger and frustration among voters and hindered investment by the business sector.

Beirut blasts: Over 100 killed as PM Hassan Diab vows those responsible will 'pay the price'