Australia sees record temperatures for fourth month in a row 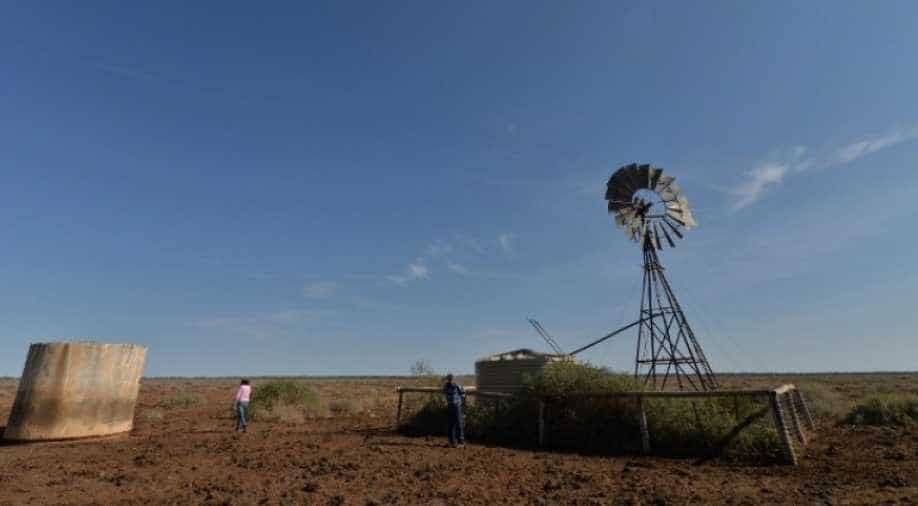 File photo: The Australian Outback has become one of the hottest spots on the planet. Photograph:( AFP )

The Bureau of Meteorology (BOM) said the country had experienced the warmest March on record, with mean maximum and minimum temperatures above average for nearly all of the vast continent nation.

Australia continued a string of "hottest ever" months in March, the government said Monday, as global warming emerges as the hot button issue in national elections just weeks away.

The Bureau of Meteorology (BOM) said the country had experienced the warmest March on record, with mean maximum and minimum temperatures above average for nearly all of the vast continent nation.

BOM said the national mean temperature was 2.13 degrees centigrade (3.83 degrees Fahrenheit) above the long-term average for the month of March.

It was the fourth month in a row of record heat in the country, and January was Australia's hottest month ever, with mean temperatures across the continent exceeding 30 degrees Celsius for the first time.

There was some relief for regions suffering from prolonged drought, however, as two tropical cyclones that struck northern and western Australia in March bought badly needed rains.

"Unfortunately, the rain needed to reduce significant rainfall deficiencies in drought-affected areas is substantial and will require above average rainfall over a prolonged period to completely remove deficits at longer timescales," BOM said.

Meteorologists say weather patterns over the Indian and Pacific oceans have contributed to the higher temperatures, but that long-term climate change trends were also involved.

The problem of climate change has emerged as a key issue in national elections due to be held by mid-May.

The conservative coalition government of Prime Minister Scott Morrison has been reluctant to back steep reductions in greenhouse gas emissions blamed for contributing to global warming for fear this would hurt the country's huge coal industry and undermine economic growth.

The main opposition Labor Party, which leads the conservatives in opinion polls, on Monday unveiled a raft of proposals to cut greenhouse gas emissions, including through promotion of renewable energy sources and electric motor vehicles.