At least 6 killed in attack on buses in Kenya, al-Shabaab claims responsibility 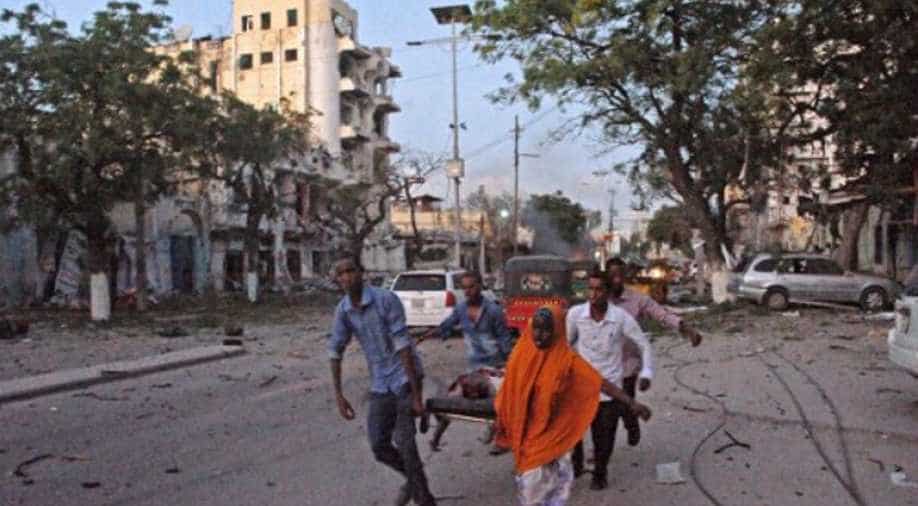 People carry a victim of terror attack at the Ambassador hotel in Mogadishu in Kenya on June 1, 2016. (Representative image.) Photograph:(AFP)
Follow Us

At least six people were killed in Kenya today when gunmen sprayed two buses with bullets near the border with Somalia, a regional official said.

The attack came at 9:30 am (0630 GMT) as the buses were travelling in Mandera county to Mandera town from the capital, Nairobi, Mandera county commissioner Fredrick Shisia said.

"So far we are talking of six dead," he said, noting that the attack had happened on the road between Wargadud and Elwak. Abu Musab said one of those killed was a police officer.

Mandera has been the scene of frequent al-Shabaab attacks, which have killed dozens of civilians and security personnel. The United States warned its citizens on Thursday against travelling near the border with Somalia because of threats from al-Shabaab.