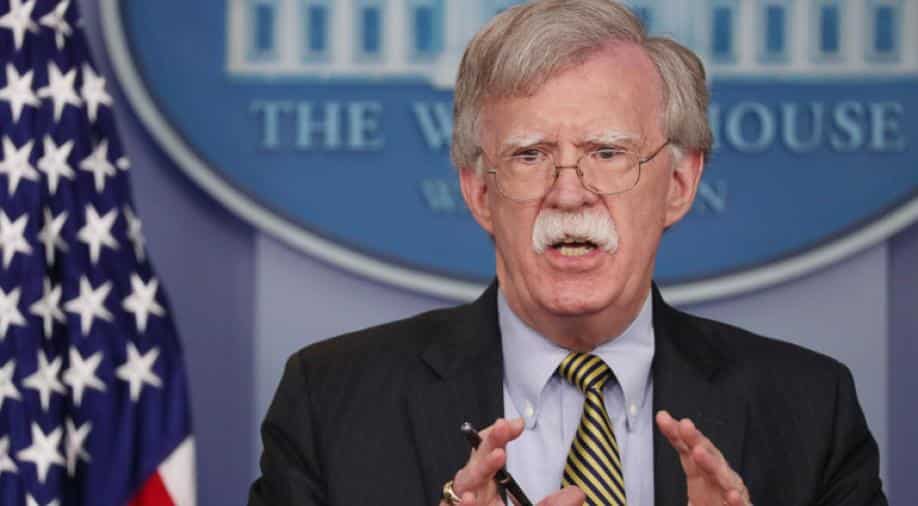 Asian markets mostly rose Wednesday with a broadly upbeat tone across trading floors ahead of major meetings at the European and US central banks, while there is also a growing sense of optimism over China-US trade talks.

With the global economy sputtering, attention has turned increasingly to central banks as investors look for more stimulus.

On Thursday the European Central Bank holds one of its most anticipated gatherings and hopes are for a series of fresh measures including a possible interest rate cut, fresh bond-buying quantitative easing (QE) or other loosening tools.

That is followed by the Federal Reserve's board meeting next week, where it is tipped to announce another reduction in borrowing costs as the world's top economy which has so far been the strongest globally stutters.

"With the expectation of the resumption of quantitative easing by the ECB and a rate cut by the Federal Reserve next week, the risk environment has solidified and tempted investors out of hiding from the bond markets and back into equities," said Jeffrey Halley, senior market analyst at OANDA.

In the afternoon trade, Hong Kong climbed 1.6 per cent as investors made the most of the upbeat mood to pick up cheap stocks after months of sometimes violent protests in the city weighed on the stock market.

Tokyo finished one per cent higher, Singapore put on more than one per cent, Seoul rose 0.8 per cent, Sydney gained 0.4 per cent and Taipei added 0.3 per cent, while Manila, Mumbai, Bangkok, and Jakarta also posted gains.

However, Shanghai was fell 0.4 per cent, with little major reaction to the news that China had listed 16 US categories of goods it would exempt from tariffs, ahead of planned top-level trade talks next month. Dealers also appeared to brush off Beijing's decision on Tuesday to lift limits on foreign investment in the country.

In early trade London rose 0.5 per cent, Frankfurt jumped 0.6 per cent and Paris edged up 0.3 per cent.

Trump's decision to sack John Bolton as a leading security adviser raised the possibility of an easing of tensions between the US and several nations, particularly Iran.

The controversial Bolton was closely linked to the invasion of Iraq and other past aggressive US foreign policy decisions and was seen as one of the main driving forces in Trump's muscular approach to Tehran, North Korea, and Venezuela, among others.

Stephen Innes at AxiTrader said that while the move did not necessarily mean a huge change in policy direction, "it does eliminate the most vocal advocate for US military-enforced regime change in the Trump administration".

He added that "from a geopolitical risk perspective, it does lessen war risk premiums, especially in Syria, Venezuela, and Iran and opens the door to more friendly discussion with North Korea".

However, the possibility of dialling down in the stand-off between the US and Iran led to a plunge Tuesday in the price of oil, with WTI diving almost three per cent from an intraday high and Brent shedding 2.5 per cent.

The two contracts later clawed back some of the losses on bargain-buying expectations for more output cuts by leading producers led by Saudi Arabia.

In share trading companies linked to Apple enjoyed healthy buying after the US tech giant unveiled new iPhones, including a lower-priced offering, and set launch dates for its original video offering as well as its game subscription service.

In Tokyo, Alps Alpine surged three per cent, Japan Display put on nearly three per cent and Sharp rallied more than four per cent, while LG Display in Seoul was up two per cent in Seoul. Taipei-listed Foxconn rose by 0.2 per cent.

On forex markets, the positive vibe helped the dollar up against the safe-haven yen, while higher-yielding, riskier currencies edged up against the greenback.

The pound held its recent gains as Prime Minister Boris Johnson said he was pushing to strike a divorce agreement with the European Union, having lost a series of key votes to MPs opposed to a no-deal Brexit.