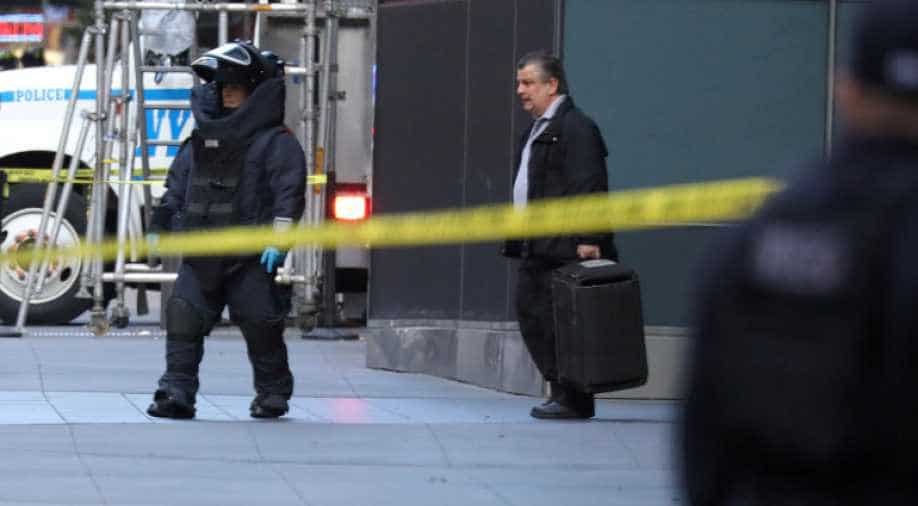 CNN president Jeff Zucker said today that another suspicious package was found and intercepted at the Atlanta office in the US today.

"All mail at all CNN domestic bureaus being screened," Zucker said, adding that all mails were being screened at an off-site facility since last Wednesday so it wouldn't have come to the CNN centre directly.

The Time Warner Center in New York, where CNN's New York headquarters is located, was evacuated last Wednesday after a suspicious package was found.

Another suspicious package addressed to CNN has been intercepted. This time in Atlanta. All mail is being screened off site. Note from Jeff: pic.twitter.com/I6TXSkoluQ

Meanwhile, Cesar Sayoc, 56, who was arrested last Friday on suspicion of mailing home-made bombs to prominent Democrats including ex-president Obama and Hillary Clinton was due to appear in court on Monday.

US authorities had seized a vehicle belonging to Sayoc which was reportedly plastered with pro-Trump stickers. However, FBI had warned that other packages may still be in transit.

If convicted, Sayoc could be sentenced up to 48 years in prison.

The fourteenth package was found on Friday at a post office outside San Francisco addressed to another wealthy contributor to the Democratic Party and liberal causes, Tom Steyer, another package had turned up at near billionaire Democratic donor George Soros home in Katonah, New York.

Sayoc who openly broadcast his views on social media had several arrests against his name for domestic violence, theft and once reportedly threatened to blow up a company.