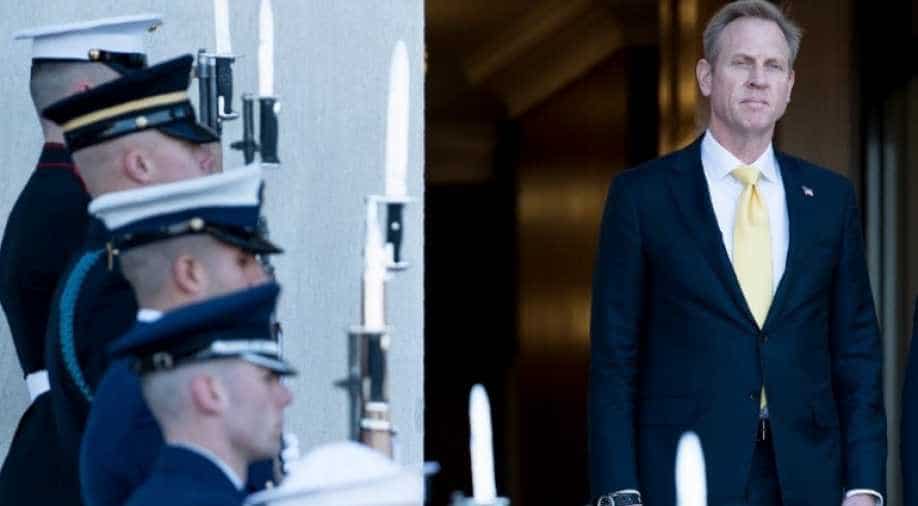 Patrick Shanahan must now oversee the US withdrawal from Syria and play a key role in helping Trump decide the pace of the pull-out.

Patrick Shanahan, who on Tuesday becomes the acting US secretary of defence, takes the helm of America's massive military machine at a critical time.

Shanahan is moving up from his position as deputy defence secretary to the top spot following the resignation of Jim Mattis, who quit over long-running - and ultimately irreconcilable - disagreements with President Donald Trump.

Little known outside business and Washington circles, Shanahan will be thrust onto the world stage at a time of tumultuous changes and unpredictable foreign policy moves under Trump.

The president this month ordered the withdrawal of all US forces from Syria and, according to US officials, a 50 per cent drawdown in Afghanistan —momentous decisions that have left lawmakers and international allies fearing for what comes next.

Shanahan must now oversee the US withdrawal from Syria and play a key role in helping Trump decide the pace of the pull-out.

Another consideration he must weigh is what, if any, protections should go to Kurdish forces that the US military had been backing to fight Islamic State jihadists.

Turkey views the Kurdish YPG fighters as "terrorists" and has vowed to attack them in northern Syria.

While Shanahan has not always had day-to-day involvement in thorny geopolitical issues like this, Pentagon officials say he is ready to tackle them.

A Washington state native, the 56-year-old Shanahan spent more than three decades at Boeing, where he became senior vice president, worked on missile defence systems and was general manager of the 787 Dreamliner program.

According to US media, Trump was angry over news coverage of Mattis's stinging resignation letter that laid bare his fundamental disagreements with the president.

Despite a lack of foreign policy or military experience, Shanahan's executive and technical knowledge made him well suited for the Pentagon's number two position, which focuses more on the Defence Department's business side.

In his time as deputy, the soft-spoken Shanahan played a key role in helping Mattis and others develop vital policy documents such as the National Defence Strategy (NDS), a sweeping review that highlights a new era of "Great Power competition" with Russia and China.

He also has voiced support for Trump's aim of creating a "Space Force," a sixth branch of the military that still needs approval from the US Congress.

Buccino pointed to the NDS as a key area for Shanahan's focus. "He sees the national defence strategy as the blueprint, as the guide for all actions, directions, policies for the Pentagon," Buccino said.

Before starting at the Pentagon in July 2017, Shanahan's lack of foreign policy chops got him in hot water with the late John McCain, the senior Republican senator who led the Senate Armed Services Committee.

At his confirmation hearing, an irascible McCain said a lack of detail in some of Shanahan's foreign policy answers was "almost insulting." McCain also expressed concerns that putting a former executive from a defence industry giant in the Pentagon could be akin to putting a fox "back into the henhouse."

International allies will look to Shanahan, as they did to Mattis, for reassurances about America's commitment to longstanding alliances - even as Trump assails partner nations for not paying more for their defence.

Shanahan must tread a careful line with the mercurial president, especially if he wants to get rid of the "acting" prefix of his job title.

Trump has shown an aversion to listening to dissenting advice and has parted company with many of the top aides to have challenged him.

He fired secretary of state Rex Tillerson, former national security advisor HR McMaster resigned, and White House Chief of Staff John Kelly is on his way out the door.

An official close to Shanahan said he would feel comfortable giving Trump an opposing opinion if necessary.

"His entire adult life, Shanahan has provided a dissenting voice to leadership when needed," the official said.

"He would have no qualms doing that."