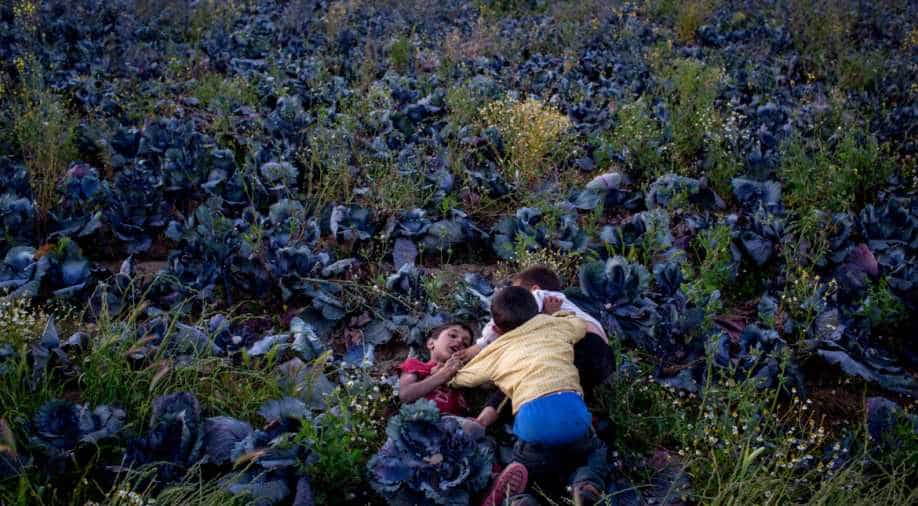 Syrian refugee children play in a field of cabbages at a tent camp on the outskirts of Izmir. (Representational Image.) Photograph:( Getty )

Follow Us
Twenty five children were reportedly killed in air strikes that hit heavily crowded areas in a town in eastern Syria, the United Nations children's agency (UNICEF) has said.

Quoting reports from its local partners in Syria, UNICEF said health workers were reported to have pulled bodies of children from under rubble in the town of al-Quria in Deir al-Zor province, which is mostly under Islamic State control.

The Syrian Observatory for Human Rights monitoring group reported on Saturday that air strikes carried out by Syrian or Russian warplanes killed dozens of people in al-Quria.

"Three attacks reportedly hit heavily crowded areas including a mosque during prayer time," UNICEF said in a statement. "UNICEF deplores these attacks and calls on all parties to the conflict to keep children out of harm’s way."