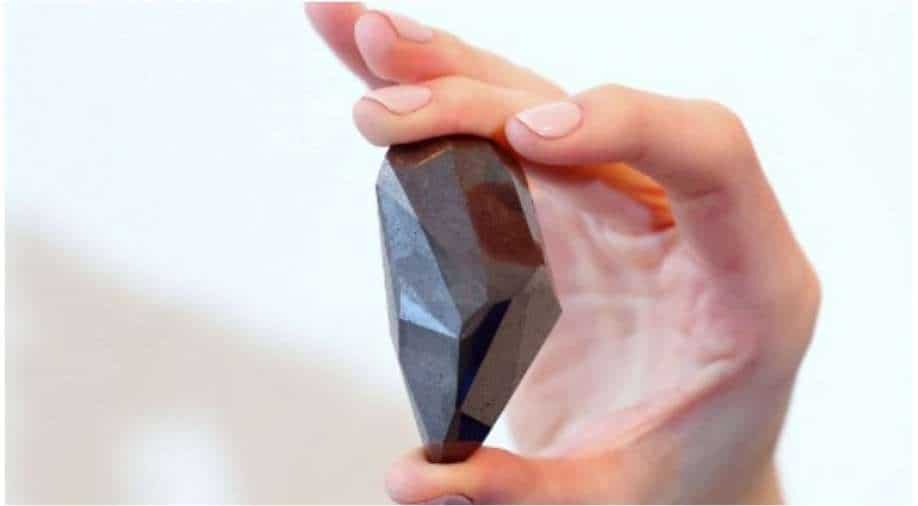 It is believed that the rare black diamond, or carbanado was formed when a meteorite or an asteroid hit Earth more than billion years ago

It is believed that the rare black diamond, or carbanado was formed when a meteorite or an asteroid hit Earth more than billion years ago.

"It is thought that this specific type of black diamond was created either from meteoric impacts producing natural chemical vapour deposition or an extraterrestrial origin -- from supernovae explosions that formed diamond-bearing asteroids which ultimately collided with the Earth," said the auction house.

One of the most difficult substances to cut, the diamond had never previously been shown by its unnamed owner of the past 20 years.

Experts took three years turning the rough diamond into a 55-face jewel and it recently went on show in Dubai, Los Angeles and London.

Its shape was inspired by the Middle East palm-shaped symbol of power and protection, the Hamsa, which is also associated with the number five.

"The Enigma's price did not quite reach intergalactic levels. But what cannot be denied is that the Enigma is a diamond with unparallelled bragging rights," said Tobias Kormind, managing director of Europe's largest online jeweller, the Mayfair.

"The size, shape and source of the Enigma diamond make it groundbreaking and amazing," he added. "Most diamonds are cut into one of 10 popular shapes but the Enigma's form resembles a hand."

The Enigma is not a gem quality diamond, and carbonados are not normally used in jewellery or sold at auction, but have grown in popularity recently.

They are normally used in industrial drilling due to their extraordinary hardness.

Sotheby's called the diamond a "cosmic wonder" ahead of the sale, which also accepted crypto-currency bids.

Last year in Hong Kong, the Key 10138 diamond sold for 12.3 million dollars, which was paid in crypto-currency.