World Cup: Gulbadin Naib defends Rashid Khan, says 'he is a star it was just not his day' 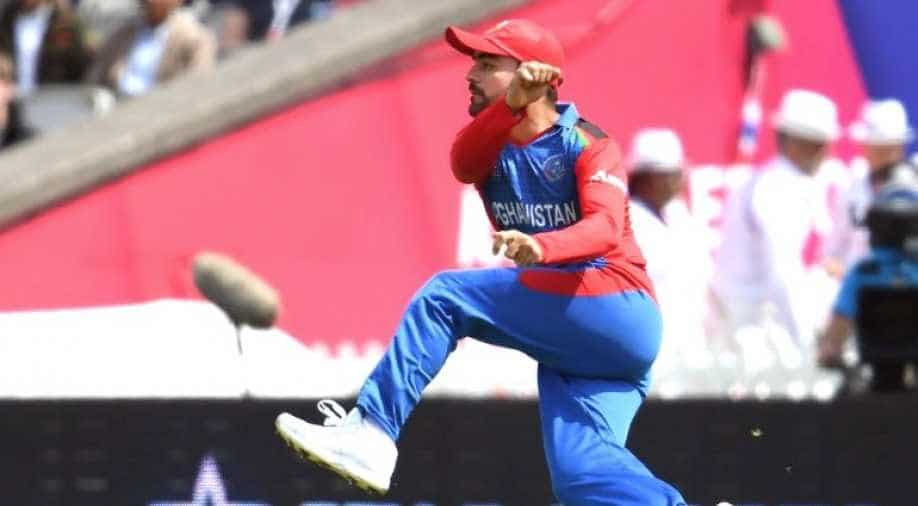 The spin-heavy Asians pinned their hopes on Rashid, the poster boy of Afghan cricket, who tops the list of T20 bowlers and is ranked third in the ODI list, to contain England's formidable batting order.

But as he embarked on the job, the spunky leg-spinner soon found himself in the firing line of Morgan's six-hitting spree and eventually logged the worst bowling figures in World Cup history -- 110 runs off nine overs without a single wicket.

Naib said he had not seen a knock like Morgan's and what Rashid endured could happen to any player.

"Not really," Naib told a news conference when asked if Rashid had disappointed him at Old Trafford.

"He's one of the best spinners, he's a star player in world cricket. It can happen with any player, not just Rashid. Everyone knows how good he is and how he bowls. I think it was not his day today. But it's cricket, sometimes you do well, sometimes this kind of stuff happens. I'm happy with him. I don't think it's a big deal," Naib said.

Rashid did create an opportunity when he induced Morgan, then on 28, into a slog-sweep but Dawlat Zadran misjudged the skier and spilled it near deep midwicket boundary.

Morgan went on to blast a career-best 148, which included a record-shattering 17 sixes, including seven off Rashid's bowling.

Naib felt it was the turning point in the match.

"We missed a catch of Morgan, maybe we lost the game there," said the Afghan captain who claimed 3-68.

England were 164-2 after 30 overs before Morgan exploded, with the hosts plundering 142 runs in the last 10 overs.

"Had we taken that catch, they would not have scored this much. They are a strong side, they did not give us any chance in the match," Naib said.

Afghanistan stay rooted to the bottom of the points table after their five defeats in as many matches but their 247-8 was their highest total in World Cup and also the first time they batted out full 50 overs.

"We're improving every day, we try to do well every day. It's a good thing for the team that we played 50 overs today. I think it's a positive sign," added Naib.