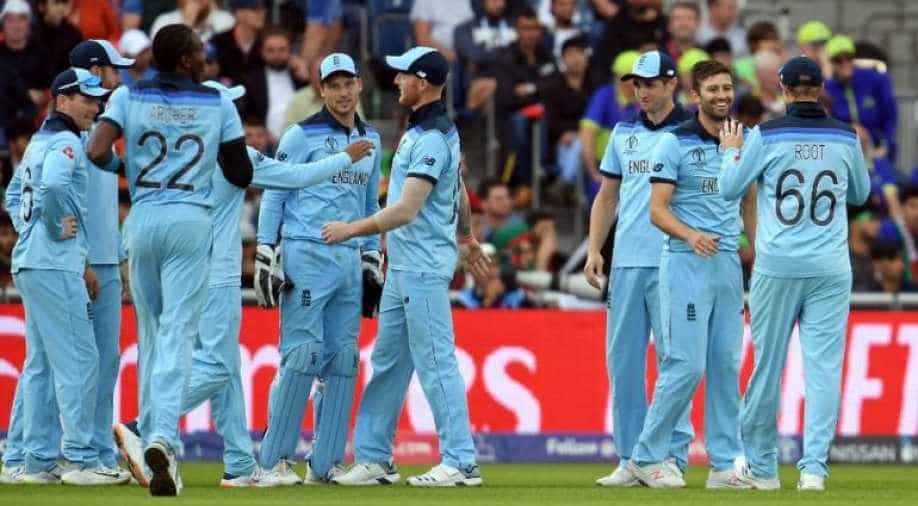 Morgan's six-hitting spree in his career-best 148 set the tone for England's team total of 25 sixes, which was also a new ODI innings record.

The Dubliner's innings was the centrepiece of England's 397-6.

That was the highest total of the tournament so far and the largest England had made at any World Cup, surpassing their 386-6 against Bangladesh in Cardiff 10 days ago.

Even though bottom of the table Afghanistan, suffering their fifth defeat in five matches, posted their highest World Cup total of 247-8 they were never up with the required run-rate.

There was a worrying moment when Hashmatullah Shahidi, on 24, was hit on the side of the helmet by a Mark Wood bouncer and fell to the turf.

But after several minutes' on-field treatment, Shahidi resumed his innings in a new helmet.

Shahidi completed a gutsy 68-ball fifty on his way to 76, while his fourth-wicket stand of partnership of 94 with Ashgar Afghan (44) was a record for any Afghanistan wicket at a World Cup. 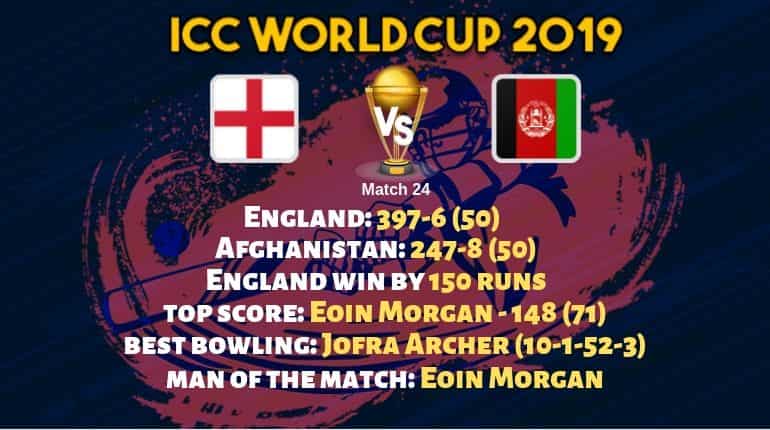 Earlier, Morgan, dropped on 28, dominated a third-wicket stand of 189 with Joe Root (88), whose contribution to their partnership was a mere 43.

Afghanistan star leg-spinner Rashid Khan set an unwanted record with 0-110 in nine overs -- the most expensive return at a World Cup and second costliest in all ODI cricket.

He broke the record when he launched Gulbadin Naib for a flat straight hit over the Afghanistan captain's head.

But the very next ball saw Morgan hole out off Naib to end a 71-ball innings that also featured four fours.

His innings, which featured 118 runs in boundaries, was all the more impressive as Morgan had been doubtful for this match with a back spasm suffered in England's eight-wicket win over the West Indies, in which he could not bat.

Jonny Bairstow got England off to a solid start, with England accelerating after James Vince fell for 26 when he mishooked paceman Dawlat Zadran to short fine-leg.

In sight of his eighth ODI century, Bairstow's 99-ball innings ended when he chipped a return catch to Naib.

Morgan, after an early mix-up that saw him sent back and get tangled up with opposing skipper Naib, settled in quickly.

He hit Naib for two sixes including a fine drive over long-on.

But the left-hander should have been out when he skied Rashid, only for Zadran at deep midwicket to make such a mess of the catch that the ball bounced out of his hands and over the rope for four.

Not even Zadran's eventual return of 3-85 could undo the damage of that costly error, with Morgan immediately hitting a soaring six off Rashid's next ball in a 36th over that cost 18 runs.

Root was denied a second successive hundred and third of the tournament when he holed out off Naib, whose 3-68 was a creditable return in the circumstances.

But the sixes kept coming, Morgan's 11th bringing up a hundred in 57 balls, with only Ireland's Kevin O'Brien, Australia's Glenn Maxwell and South Africa's AB de Villiers having scored faster centuries at a World Cup.

England set the ODI team record for sixes when Moeen Ali launched the penultimate delivery of the innings, from Zadran, over long-on.