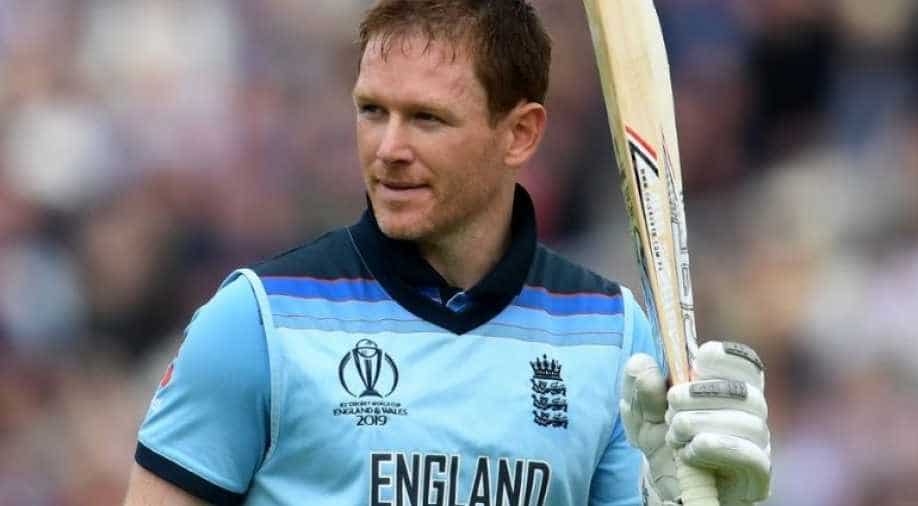 England's captain Eoin Morgan walks back to the pavilion after losing his wicket. Photograph:( AFP )

England captain Eoin Morgan smashed 17 sixes in his 148-run knock against Afghanistan in Match 24 of Cricket World Cup 2019 to break the record of most sixes in an One-Day International innings.

The left-hander scored 148 runs off 71 balls before losing his wicket to Gulbadin Naib.

Apart from most sixes record, Morgan century was the fourth-fastest in World Cup history, scored in 57 balls, and he reached that milestone with a six as well.

In his massive knock, more than a hundred runs came off sixes alone and he hit only four boundaries in his innings.

After knocking his 17th six over the boundary rope, he was caught out next ball in the deep.

Even Moeen Ali had a little feast scoring 31 off 15 balls with four sixes.