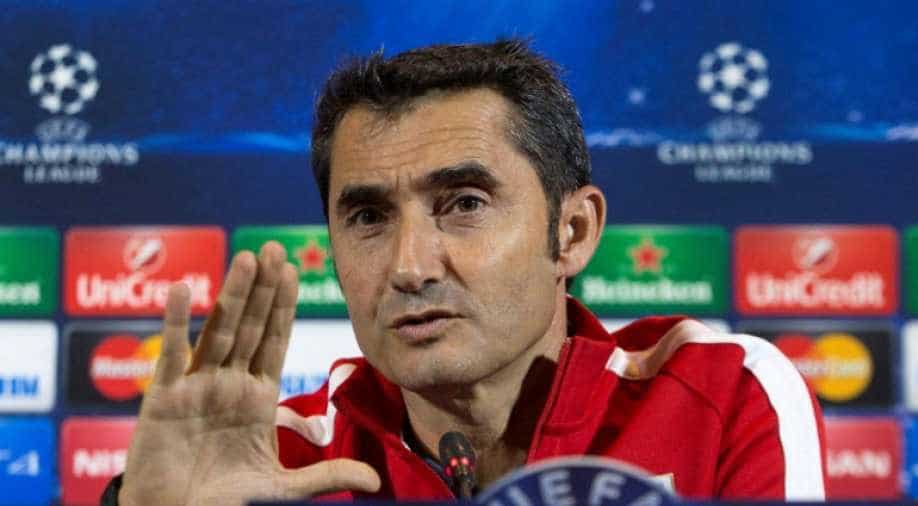 Barcelona will aim to record their second 'El Clasico' victory at the Santiago Bernabeu in the space of three days.

Barcelona coach Ernesto Valverde said that club's "priority is winning La Liga" because it gives you the sense of being consistent throughout the whole season.

While addressing press conference ahead of the El Classico, Valverde said, "We are leaders of La Liga but there is still a long way to go, including many tough matches. You can only think of winning two trophies, once you have won one."

He also mentioned that Barca need to ensure Lionel Messi is more involved in Saturday's match against Real Madrid than he was in Wednesday's Copa del Rey semi-final second leg victory over the Catalans' arch-rivals.

"You always expect a lot of your players, Messi included. He always performs, even though at times he performs less than others. We have to play well in order for him to perform," said Valverde.

Barcelona will aim to record their second 'El Clasico' victory at the Santiago Bernabeu in the space of three days.

A Barcelona win would move them 12 points clear of their fierce rivals at the summit, and 10 ahead of Atletico Madrid who visit Real Sociedad on Sunday.

The coach gave an honest assessment of the previous meeting, in which Barca had only four shots to Real's 14. "It's true that the other day there were spells when we did not play well, they kept arriving in our area and looked dangerous and we only created two or three chances. The aim is always to improve and create more chances," he told journalists.